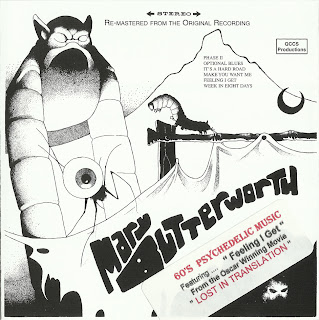 In the Spring of 1968, the Mary Butterworth band was formed. They enjoyed playing a variety of engagements around the Southern California area and in 1969, they recorded their one and only album entitled Mary Butterworth. This original, vinyl album was pre-sold to fans and friends only - it was never available to the general public.

Shortly thereafter, the group split up and never performed together again. Years passed and rumors spread that Mary Butterworth had made it big. Of course, that was not the case. What did happen was that one of those original vinyl albums made it into the hands of "bootleggers" in another country. They thought enough of the music to reissue the album, and they began a sales campaign of their own. It didn't stop there. The Butterworth album has been bootlegged at least three other times in two different countries.

This bootlegging has created a Mary Butterworth following and pushed the price of the original vinyl album to over $300.00 per used record. The Psychedelic Rock Music of the '60's is still regarded, even today as some of the greatest live music ever created - and Mary Butterworth will now be a lasting part of that history. This has prompted the re-release of this album, which is mastered from the original studio recording onto Compact Disc.

This CD contains photos of the group, as well as the signature of the original lead singer and bass player Michael Ayling. 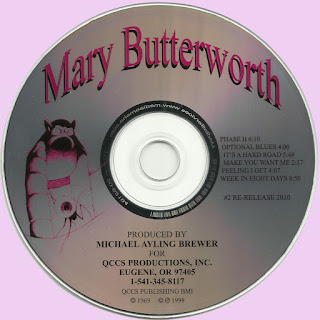 Free Text
Just Paste
Posted by Marios at 9:10 AM 14 comments: