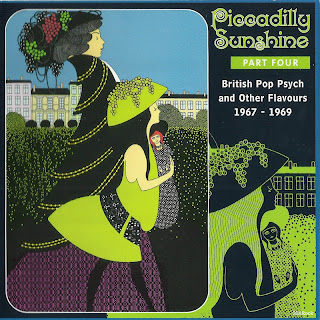 Is there an obscure British single of the 1960s or early '70s that hasn't popped up on some rarities collection in the past decade? If so, tell the folks at Past & Present about it, and at the rate they're going it will be digitized and out on a silver disc within a year. The label's archivists have been putting out collections of archival 45s at a dizzying rate in recent years, and this fourth volume in the Piccadilly Sunshine: British Pop Psych and Other Flavours series suggests they haven't gotten to the bottom of the well just yet.

The 20 songs on this disc are significantly more "pop" than "psych," with nearly all dominated by polished arrangements and studio-savvy production rather than wailing guitars and a reach into the center of the mind, though the feeling and themes certainly make these sides products of the late '60s. "Conventional Fella" by Jago Simms is a gentle satire of white-collar complacency in the manner of "Matthew & Son" or "A Well Respected Man," while Joyces Angels ' "Flowers for My Friends" concerns some bohemian foliage enthusiast and "Musical Man" by Paul Raven is written from the perspective of a similarly addled muso. (Paul Raven would gain greater fame as Gary Glitter, making him the best-known/most-infamous figure on this collection, though Billy Bremner of Rockpile also pops up, playing guitar on the Jago Simms session.).

Keith Field's "The Day That War Broke Out" and David Morgan's "Dawning" are self-consciously arty but beautifully crafted, "House of Lords" by the Monopoly and "Meditation" by Chris McClure are lovely examples of U.K. baroque pop, the Now's "The Hands on My Clock Stand Still" anticipates the progressive rock sounds that would appear a few years on, and "Visions" by Gervase asks the question, what would British pop have been in the 1960s without the harpsichord? While these tracks were mastered from old vinyl singles, the audio quality is good as such things go, and the liner notes offer as many details as are known about these artists (which is quite a bit in the case of the Laurels and Lace).

Fans of British pop looking for a clean and well-mannered psychedelic experience should find this collection to be just their cup of tea.
by Mark Deming 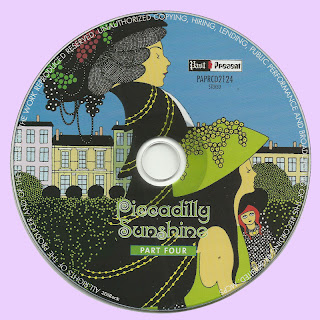