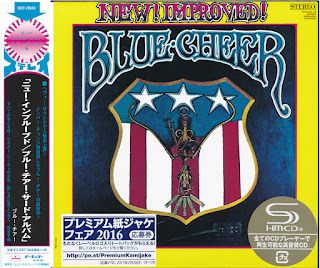 Like a musical tsunami swallowing everything in sight, San Francisco’s Blue Cheer submerged all of those happy-go-lucky denizens of the Age of Aquarius with the chaotic soundwaves, howling feedback and sheer deafening volume produced by their seismic 1968 debut album, ‘Vincebus Eruptum.’

But after extensive touring and recording their sophomore album, ‘OutsideInside,’ founding guitarist Leigh Stephens abruptly quit. His bandmates, Dickie Peterson and Paul Whaley, responded by hiring not only a six-string replacement in Bruce Stephens (no relation) but a full-time keyboardist in Ralph Burns Kellogg.

As a result, the first half of the retooled band’s third album, ’New! Improved! Blue Cheer,’ which was released in March 1969, bore little resemblance to the eardrum-rupturing, amplifier melting power trio of old. Although astonishingly civilized new offerings like ‘When it All Gets Old’ (featuring Latin percussion), ‘As Long as I Live’ (swerving into country-rock) and ‘I Want My Baby Back’ (which anticipated the Allman Brothers Band’s southern rock) were anything but subpar, they were nonetheless unrepresentative of previous sonic holocausts.

In fact, far more confusing than these unexpected musical developments was the fact that the second half of ‘New! Improved! Blue Cheer’ dispensed with both Stephens and Kellogg so that Peterson and Whaley could renew their power trio formation — now with the help of another guitar wizard named Randy Holden (formerly of the Other Half). This arrangement still didn’t entail a return to more familiar, bruising form on the leisurely tripped out ‘Peace of Mind,’ but they came close on the heavy and foreboding ‘Fruits & Icebergs.’

Sadly, most fans did not know what to make out of so much musical experimentation and Holden’s passage through Blue Cheer would also prove frustratingly brief. After touring in support of ‘New! Improved! Blue Cheer’ he moved on to record his cult masterpiece, ‘Population II,’ with the help of drummer/keyboard player Chris Lockheed, leaving Peterson and Whaley in a lurch, once again.

Seemingly, the duo’s best recourse was to bring back Kellogg, find yet another six-string replacement (first Tom Weisser, then a returning Bruce Stephens) and attempt to carry on. But their persistent lineup instabilities and increasingly unfocused musical direction did the Blue Cheer brand no favors, and, by 1972, the band had officially disintegrated (though future reunions would follow).

Still, for all its musical inconsistencies and almost unprecedented “tale of two halves” recording scenario, ‘New! Improved! Blue Cheer’ at least managed to deliver some ingredients of the gale-force proto-metal originally conjured up by this influential rock combo.
by Eduardo Rivadavia 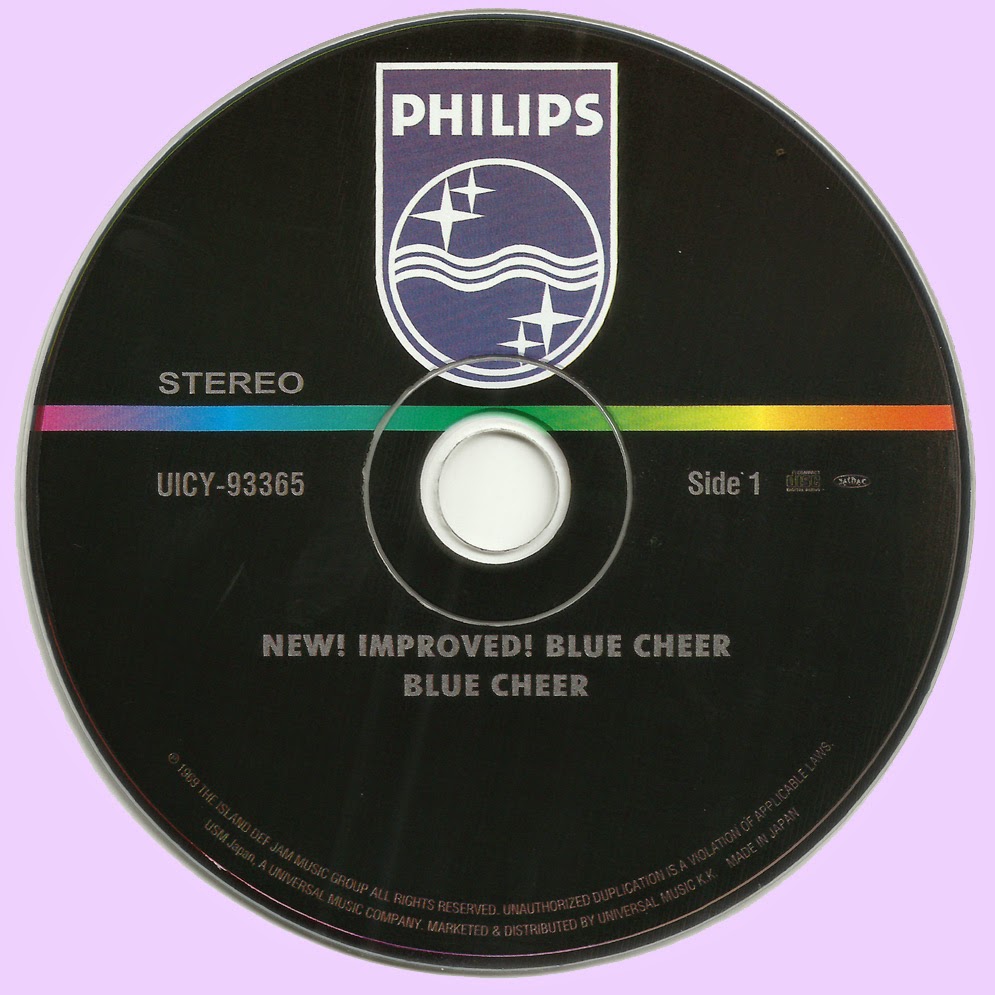 Free Text
Just Paste
Posted by Marios at 5:53 AM 5 comments: