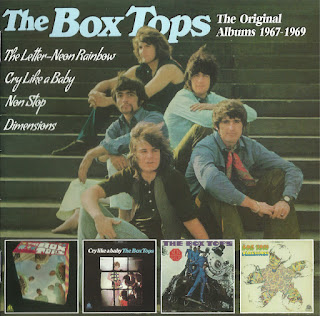 The Box Tops are a ground breaking 1960s group made up of five friends from Memphis Tennessee who first charted in 1967 with a song called 'The Letter,' which like most of their other songs from the 1960s was recorded at Chips Moman's "American" recording studio and was produced by Dan Penn. In fact they were the first Memphis artists to record in Memphis and have a number one record! During 1967-69, the group released 4 albums (excluding their "Super Hits" album) and 10 singles. 'The Letter' remained at the top of Billboard's chart for four weeks in 1967; their third single, 'Cry Like A Baby,' hit the number two position for two weeks in 1968. Both records went gold at initial release, with 'The Letter' selling over four million copies and 'Cry Like A Baby' over two million.

The original members (Alex Chilton, Bill Cunningham, John Evans, Danny Smythe, and Gary Talley) were members of a local band called The Devilles, but changed the group name at the time of the release of 'The Letter,' because it was discovered that other groups had released records under that name and member changes had taken the group in new musical directions. "No American group since the Righteous Brothers had looked whiter and sung blacker than the Box Tops on that sensational first single in 1967, 'The Letter.' Alex Chilton's voice had more Memphis grit than was considered entirely proper for a white gentleman. But he learned to sing in Memphis, where lots of people sing that way, and got his musicians from a town where musicians are pretty heavy whatever their color."

By January 1968 the line up had changed. John Evans and Danny Smythe returned to school and were replaced by Rick Allen (from the Gentrys) and Tom Boggs (from the Board of Directors). This line up remained the same until Bill Cunningham left to return to school in August 1969, although Jerry Riley substituted for Gary Talley at live performances in 1968 for a couple of weeks while Gary was ill. Harold Cloud replaced Bill in September of 1969. During the following months there were a number of group member changes, and in February 1970 the group disbanded.
The Box Tops 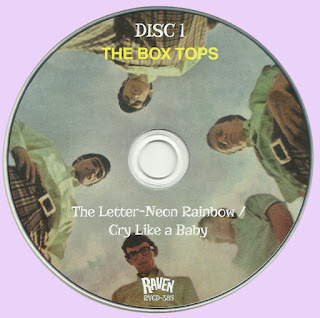 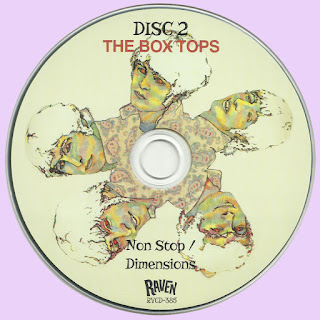