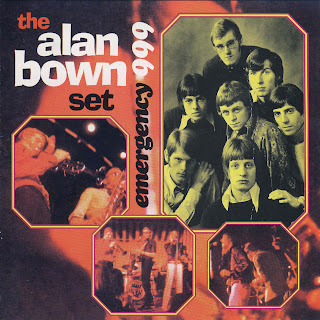 Alan Bown is most known -- certainly in the United States -- for his late '60s recordings as leader of a group (actually called the Alan Bown) that played psychedelic pop.

The trumpeter had already been recording since 1965, however, with a group called the Alan Bown Set from 1965-1967 in a far more soul-influenced style. This compilation gathers both sides of all five singles the Alan Bown Set released on Pye in the U.K. during that time, along with the seven live songs from the London Swings: Live at the Marquee Club LP they shared with Jimmy James & the Vagabonds, and the French-only single "Jeu De Massacre (The Killing Game)," from the soundtrack of the French film of the same name.

The group were in the same general territory as other British combiners of soul, jazz, and blues from the period, such as Georgie Fame and Zoot Money. However, they were more soul-oriented than either Fame or Money (and not nearly as good as Fame), though they too employed a brass section.

This collection is fair but workmanlike British blue-eyed soul, with the horns and organ differentiating it from many other British bands of the day. But it's short on really good material, whether group originals or cover interpretations. Jess Roden, who handles most of the vocals, sounds quite a bit like Steve Marriott, though he's not as good or powerful.

Those cuts with Jeff Bannister on lead suffer from his thin, uncertain vocals, though one of these, their 1965 debut single "I Can't Let Her Go," was the best tune they did, with its nicely melancholy melody and well-arranged blend of brass, organ, and backup harmonies.
by Richie Unterberger 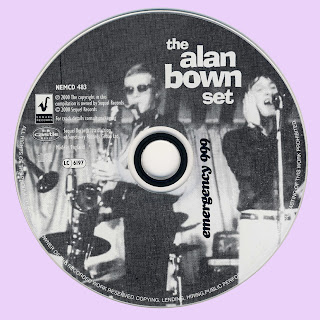 Free Text
Text Host
Posted by Marios at 3:29 AM 7 comments: