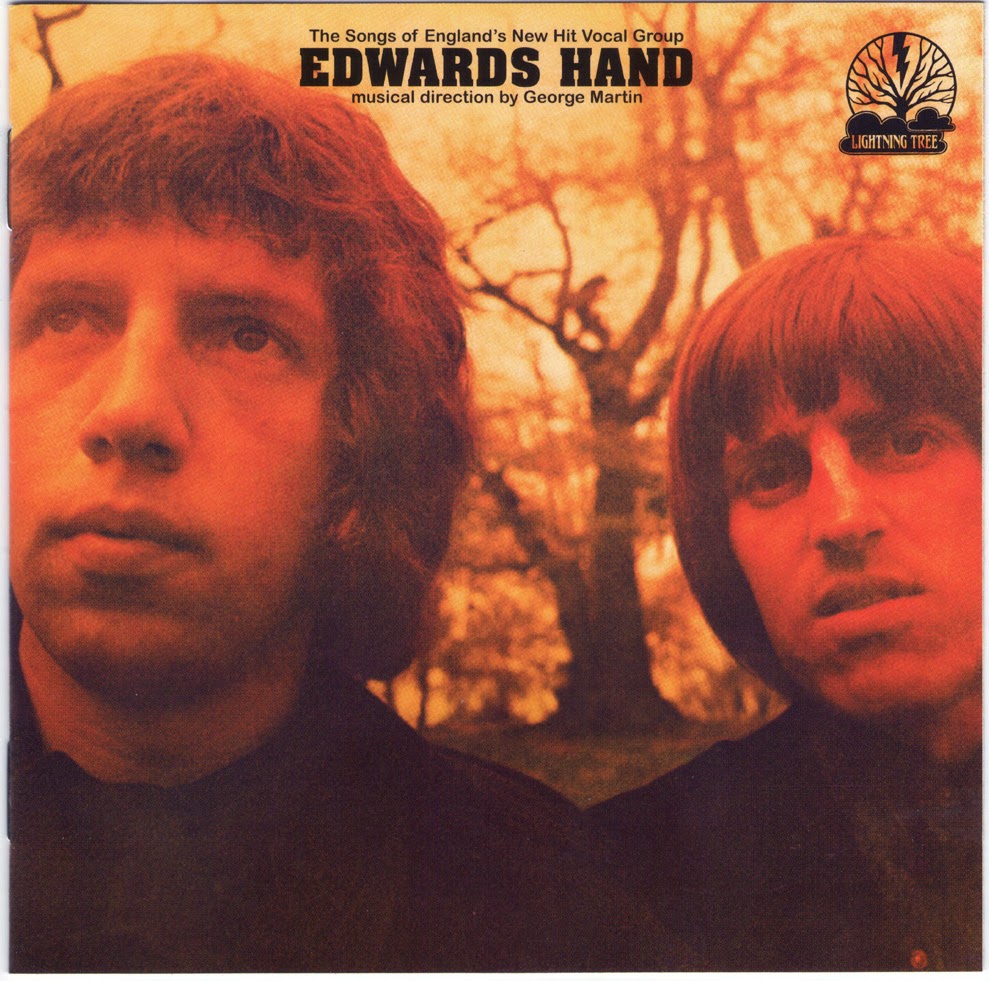 In 1968 CBS abandoned the idea of a follow up album for the Picadilly Line and looked instead g for commercial success through singles. When the singles also failed to hit the charts CBS started to lose interest in the band and in the process they lost their direction, innocence and artistic drive.

Adding a girl singer had confused things further and Roger Hand left the band in despair.  Rod Edwards soldiered on and the group went to Switzerland for an extended period to work and to get their act together. Unfortunately the hoped for new enthusiasm that was to be generated by the excursion did not materialise and a demoralised Picadilly Line returned to England before falling apart.

Sometimes, when all is lost, fate just steps in. The band's manager and friend Jon Miller had been working for Spencer Davis Management and on meeting American manager Lennie Poncher had given him a copy of the Picadilly Line album.  Rod and Roger were out of contract with CBS and since Lennie was looking for English acts he was immediately drawn to the band.

Lennie not only offered them a US management deal but also immediately secured a record contract with CRT records, a new operation set up by the tape manufacturing conglomerate. Lennie was not typical of American managers. He was honest! He was also well respected in the business - with offices in both Los Angeles and New York .  He was a musician, he cared for music and had worked with a wide range of artists, including the US garage psych-pop legends The Electric Prunes and hip arranger David Axel rod (most notably on the infamous and highly ambitious Mass in F Minor and Release of an Oath albums).

However he had also represented Tom Jones, Englebert Humperdink, Jethro Tull, Ten Years After and Donovan. Immaculately dressed, witty and gregarious whilst just oozing credibility, he was the man with connections that Rod and Roger needed. Rod recalls a particularly hilarious time with Lennie in London "Lennie took us out to lunch at the Londonderry Hotel on Park Lane to discuss our future.

After fifteen minutes when the waiter still hadn't appeared to take our order, Lennie took hold of the edge of the table cloth and with one swift action pulled it from the table so that cutlery, glass and plates went flying everywhere. Immediately a waiter came rushing over to see what the problem was and when he arrived at our table Lennie just calmly pointed at the menu and ordered the meal!"

Lennie was only interested in the best and through the force of his personality secured the services of George Martin to produce Rod and Roger's new album. This was a unique scenario as they were to be the first group produced by George after the Beatles.  George must have been impressed by the songs as he immediately made the commitment to produce the band whilst he was still involved with recording the Beatles' White Album.

To their utter amazement, Rod and Roger found themselves scheduled at EMI studios in Abbey Road, St. Johns Wood under their new name Edwards Hand, a simple combination of their surnames.  As stated on the sleeve of their eponymous album 'musical direction1 was supplied by George Martin and as musical director George worked closely with the duo planning, pruning, orchestrating, recording and mixing the material.

Rod Edwards described George Martin's involvement as crucial to the recordings "The album was very much a transition from the softer Picadilly Line material to a bigger orchestral George Martin sound.  At the time he was working on The Beatles' White Album - a lengthy sporadic process - and although he was very discreet he did play a rough mix from a work in progress tape of 'Dear Prudence". In addition to George Martin's involvement Edwards Hand were also fortunate to have the services of legendary engineer Geoff Emerick whose name was synonymous with all the Beatles' recordings.

Rod described him as a consummate engineer "Recording the Beatles was just part of his repertoire. He had done everything, been everywhere and moreover had come from that peculiarly British school of excellent technical sound balance engineers.  He knew about sound and how to achieve it. You have to remember at that time you didn't just press a button and out comes the New York Philharmonic!

The album was recorded on a four track machine which really focuses your mind!" Like The Picadilly Line album Edwards Hand's first vinyl output featured a dazzling array of musicians.  Not only had the duo managed to secure the most famous producer and arranger in the world they also attracted the cream of the UK session musicians.

Such a wealth of talent under the direction of George Martin promised at the very least an album of the highest quality and unsurprisingly both Rod and Roger were overawed at the prospect of such an array of top class musical ability performing their compositions.
The album was recorded at Abbey Road Studios in the summer of 1969 and was released shortly afterwards on the fledging GRT label in the USA, Despite the ificfedible team behind it and the seeming commercial invincibility of the project the choice of label proved to be its Achilles heel.  The reviews were excellent and a buzz was in the air but GRT had moved too soon too fast and they lacked the depth of experience of a major label.

They did not have the promotion, the organisation or quite simply the men hitting the radio stations. Edwards Hand was an album truly deserving of exposure to a wider audience. In today's ipod world 'baroque pop' might well be the closest label of categorization for the duo's debut putting it on play lists alongside albums such as Kaleidoscope's Faintly Blowing, Fairfield Parlour's From Home To Home The Strawbs Dragonfly or Nirvana's All Of Us , Whilst not sharing any creative ideas with those contemporaries what it does share is an English cosy warmth and familiarity that breathes the fresh air of an earlier,  innocent and more carefree musical age.

Sweeping pastoral string arrangements perfectly counterbalance a pop sensibility adding a certain air of mystery and romanticism.  At times the blend of pop orchestration and melancholy harmony gives the record a Franco-continental feel most evident on the opening 'Banjo Pier' - with its keyboard flourishes and swelling strings -and the haunting elegiac 'Days of Our Life'. At other moments, for example in 'Magic Car1, a harder edge struggles to break through the dense harmonies.

Whilst the roots of the duo's music can be followed back to the twee beginnings of The Picadilly Line - most evident on 'Characters No. 1',  an infuriatingly catchy piece of swinging mockney - Rod and Roger's music seems to have evolved into a creation totally of it's time whilst also remaining I enchantingly timeless. 'If I Thought You'd Ever Change Your Mind' is the only non-original composition on the record and is a beautiful song,  written and arranged by John Cameron, who had previously produced The Picadilly Line.

The song has proven to be a particularly poignant footnote to Edward Hand's musical history.  Once again produced by George Martin it was to be a huge hit for Cilia Black in 1969 (and an even bigger one many years later for Agnetha Faltskog of Abba) yet tie irony is that Cilia's label EMI had an option to release the Edwards Hand alburn and the single but failed to do so, giving Cilia a clear run with her version.

Despite the fact that lyrically it works better from the male perspective, EMI could see that Cilia had the advantage of previous hits and a well known UK TV show to propel her recording into the public ear. In retrospect it is evident that the Edwards Hand version is by far superior.  Who knows what might have happened had it gained wider exposure? Unfortunately although Edwards Hand's album garnered critical acclaim in the USA, the GRT label folded almost immediately after release of the alburn taking the band's first steps at a career with it.  Edwards Hand missed their moment and the duos debut failed to even secure a European release. 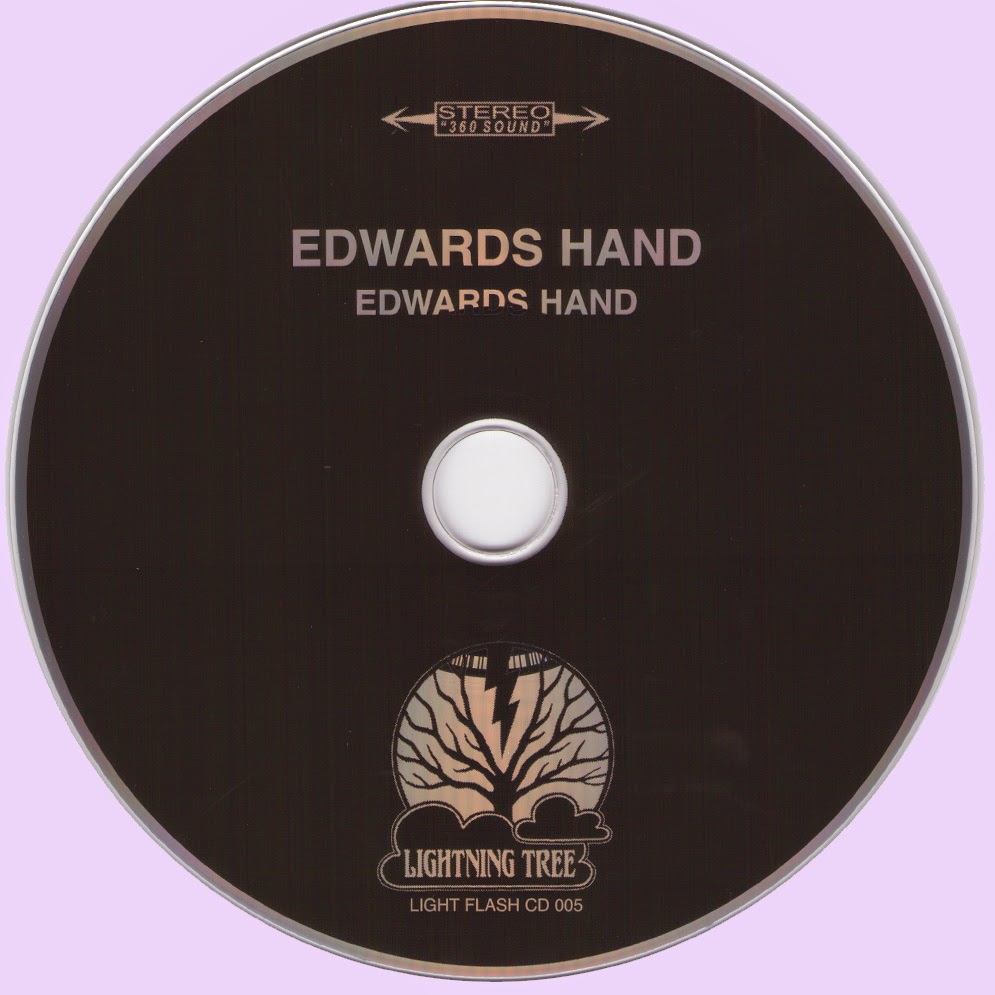