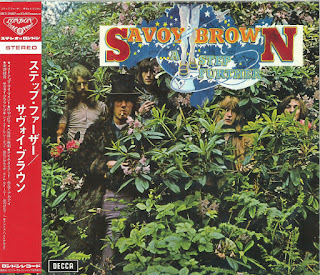 With Kim Simmonds and Chris Youlden combining their talents in Savoy Brown's strongest configuration, 1969's A Step Further kept the band in the blues-rock spotlight after the release of their successful Blue Matter album. While A Step Further may not be as strong as the band's former release, all five tracks do a good job at maintaining their spirited blues shuffle. Plenty of horn work snuggles up to Simmonds' guitar playing and Youlden's singing is especially hearty on "Made up My Mind" and "I'm Tired."

The first four tracks are bona fide Brown movers, but they can't compete with the 20-plus minutes of "Savoy Brown Boogie," one of the group's best examples of their guitar playing prowess and a wonderful finale to the album. This lineup saw the release of Raw Sienna before Lonesome Dave Peverett stepped up to the microphone for Looking In upon the departure of Youlden, but the new arrangement was short lived, as not long after three other members exited to form Foghat. As part of Savoy Brown's Chris Youlden days, A Step Further should be heard alongside Getting to the Point, Blue Matter, and Raw Sienna, as it's an integral part of the band's formative boogie blues years.
by Mike DeGagne 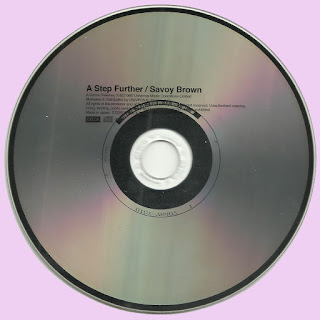