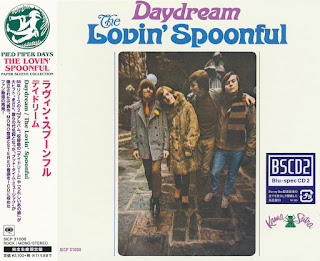 Paul McCartney said in 1967 that one of his favourite albums was "Daydream" by the Lovin' Spoonful. Without a question "Daydream" is a totaly plunge into sunshine -power psych-pop the wany only The Lovin Spoonful could. Their lead single, Daydream and its trademark whistle, may have been too much heard, even in commercials, it stays nonetheless infectious, John Sebastian perfectly captures the laziness of a warm summer's day!

The rest of the album reach the same level, one feet in country and blues, clearly influenced by Sun Records, and the other one on the other side of the ocean in (Swingin') London and the British (Beat) Invasion. The best songs on the albums are two samplable beautiful gems, Didn't Want To Have To Do It and You Didn't Have To Be So Nice that will both make a gorilla drop its tear.

In early 1965 as the "British invasion" dominated the American music scene, two rockers from Long Island, Steve Boone and Joe Butler, teamed up with two folkies from Greenwich Village, John Sebastian and Zal Yanovsky, to form the Lovin' Spoonful and go on to record and perform some of the songs that would dominate the charts and establish them among the greats of the mid-sixties era.

Combining the best of folk music and rock and roll, with a touch of country thrown in, they gave us such hits as "Do You Believe in Magic," "Daydream," "You Didn't Have to be So Nice," "Nashville Cats" and the anthem for a hot July evening, "Summer in the City." All this in the span of 4 years and 5 albums. In addition to that they also wrote and performed two soundtrack albums for two directors very early in their careers, Woody Allen "Whats Up Tigerlily" and Francis Ford Coppola "You're a Big Boy Now."They toured almost constantly during this period and were one of the first rock bands to perform on college campuses almost as much as for teenage concert goers.

In 1967 Zal Yanovsky left the band to pursue a solo career and was replaced by Jerry Yester, a member of the Modern Folk Quartet and friend of the band since its earliest days. All of the band's energy was soon focused on recording their fourth album the very ambitious Everything Playing. It was the first attempt for a rock band to record an album on the new Ampex 16 track tape recorder and quite a challenge it was. It was worth the effort however, producing hits like "Darlin' Be Home Soon," "Six O-Clock" and "She's Still A Mystery To Me" on the American charts and "Boredom" and "Money" in the UK and Europe.

In June 1968 John Sebastian left the band to go solo and Joe, Steve and Jerry went back into the studio to record what would be their last hit single of the 1960's, "Never Goin' Back" with legendary Nashville session player Red Rhodes on pedal steel guitar. As 1969 approached the skies were darkening in Good Time Music land and sensing opportunities in individual endeavors the three remaining members went their separate ways with a promise to not let the spark go out.

In 1991 a long awaited settlement with their record company inspired Joe and Steve to contact Jerry and start up the Lovin' Spoonful again. After a two month rehearsal in the Berkshire Mts., the group started touring anew, visiting over 150 cities and countries worldwide and reaching out to a whole new audience in addition to those that have enjoyed their music over the years.
by Adamus67 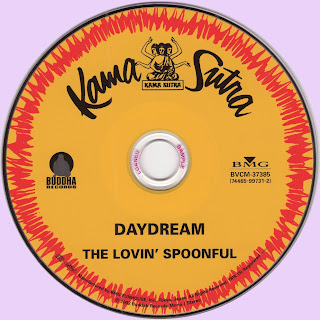