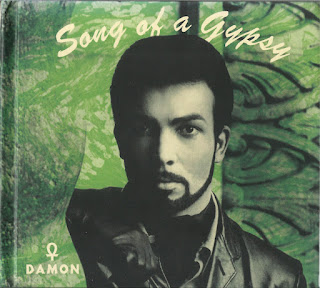 Damon was born in Rochester, New York. His parents owned a beauty shop with living quarters atop, and they squirreled away funds enough to buy a small bowling alley. When Damon was eight, his parents sold their building and business, packed Damon and brothers Ken and Gerald and their belongings into a car, and moved to Alhambra, California. It was the beginning of what he now regards as his "predestined life as a gypsy," as his parents moved constantly within Los Angeles city limits first to the northeast, then to Westchester, then "to a city here and a town there" and finally to Inglewood, where Damon spent his high school years.

Theirs was a tight knit Italian American family: communal suppers were a must and all three boys sat dutifully at the table and focused on "family first," talking about school, community and their parents' business and property management at least until their parents began private conversations in Italian. In 1960 his high school sweetheart Katy told him she was pregnant. She was sixteen, he was nineteen. They married, and their union bore him his three girls.

Beginning in the seventh grade, when he picked up the clarinet after falling in love with the music of Benny Goodman, he had dreamt of becoming a musician. As his high school years came to a close, he tried anything that felt natural. He was an avid surfer so, in late 1960, newlywed and "bit by the recording bug," he wrote and recorded "The Lonely Surfer" (groovy, if standard surf rock) and cut to wax his first stab at "Don't Cry" (blue-eyed doo-wop).

He was backed by a group he picked up at the Hermosa Biltmore Hotel named The Crossfires but dubbed The Castaways for their Merri Records release; this band would later become SoCal mainstays The Turtles. He then moved on to the even more obscure Harmony Records for the "Twisf'-inspired "Bowling Alley Jane" and his second version of "Don't Cry," this time called "Don't Cry Davy." After a detour with Associated Artists - "Little Things Mean a Lot /The Glory of Love" feature only his backing vocals, but were inexplicably released under his name - he founded his own Del Con label and issued promotional and commercial versions of "A Face In A Crowd" and "I Lie," the latter establishing his preference for garage-rocking soul.

Damon's Song Of A Gypsy was a key album in the revisionist narrative put forth by the psychedelic record collectors who searched out the rarest of the rare privately pressed American albums in the early 1990s. In this dogmatic view, the likes of Jefferson Airplane and The Doors mattered quite less than those they influenced.

The psychedelic experience, went the argument, was stronger on the periphery, and the outsiders who populated the rim created quirky masterpieces that deserved space in an already overflowing canon. Song of a Gypsy was quickly included, the scant original copies that existed were suddenly very in demand, and, even then, in the days before eBay, exchanging hands for thousands of dollars.

But these were pontificating record collectors after all, conversing with each other. So Damon's musings on love, longing, questing and sorrow became spiritual fodder for a few; those fortunate enough to hear of Song of a Gypsy's existence but not quite fortunate enough to own a copy of the album had to imagine the music contained within the original Ankh Records' textured, gatefold sleeve. Confounding descriptions such as "tranced out gypsy Arabian acid fuzz crooner psych with deep mysterious vocals, an amazing soundscape and excellent songwriting" (from Acid Archives' - the Lonely Planet of psychedelic record collecting review of the album) didn't help matters. And the shoddy bootlegs that came about in the early '90s only spread Damon's music - none of the backstory that afforded this singular album came into view.

Thus, those looking for connections found many, as anything was plausible. Was there a kinship with John Arcesi and his Johnny Greek produced Reachin' Arcesia album on the tiny Los Angeles imprint Alpha? Was there a connection between this album and fellow Southern Californian psychedelic hero Darius's self-titled 1968 album? Over the years, however, Song of a Gypsy remained high on its own plateau: out of reach and indescribable. It seemed that this homespun, funky psychedelic monument borrowed from nothing and sprung from nowhere. To follow our previous examples: Darius's album is a bit too polished, and sounds as if it could have emerged from Capitol's Studio A; Arcesi's album, as intriguing as it is, is a psychedelic novelty, and Arcesi's performance borrows a bit too much from the over-the-top vocal style of the black-tied '40s and '50s crooners that he'd once considered peers.

To the contrary, Damon's album leapt from the tortured mind of its curious creator at the perfect time. Damon's unique, introspective songwriting and nuanced voice, the interplay between he and lead guitarist Charlie Carey and an atmosphere that so perfectly captured the last bloom of the flower power era as it decayed into the dark haze of the '70s underground could only have arisen from a spark of auspicious genius.
by Eothen Alapatt, Los Angeles, April 2013 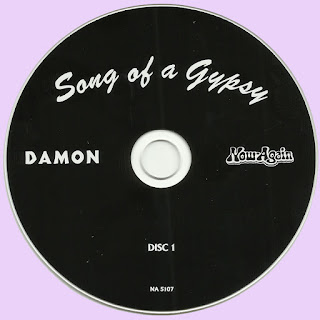 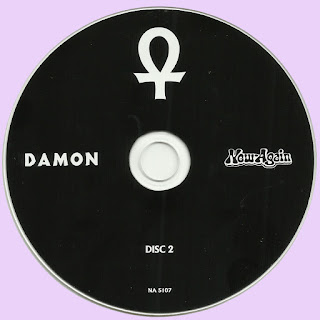