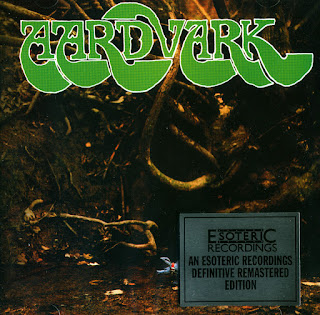 The group Aardvark remains one of those numerous bands who released a single album in the early seventies and subsequently sunk without a trace. However the band still retain a certain amount of interest amongst progressive rock enthusiasts because of their particular heavy styled progressive rock that was completely keyboard based with the band making do without the use of any guitar.

The band itself was a studio band with most compositions entrusted to the hand of Dave Skillin and were based in the Midlands. Strangely enough, though the band dispensed with any guitars, they had trouble with the recruitment of a keyboardists and one could say that they were mainly a studio band with very little live dates to their name.

Because of their very brief history, very little can be said about the band and it is their album that speaks volumes for what they were all about. However, there are a couple of interesting anecdotes related to this band and for those musos who try to connect musicians and bands through the ages, Aardvark had a number of musicians who would later go on to make names for themselves with various other outfits.

The album was released in 1970 on the Deram Nova label in both mono and stereo versions as (S)DN 17 with a value on today's market of 50.00 British sterling. Though titled Aardvark, it is also known as Put It In Your Pipe And Smoke It. In all probability the title was withdrawn because of its obvious drug references, with the title track reduced to just Put It In You Pipe.

Steve Milliner previously played keyboards with Black Cat Bones, a London based blues-rock based band who only released one album during their brief tenure together. The band is rather more well-known because both Paul Kossof and Simon Kirke played in the band before leaving to form legendary band, Free.

Dave Skillin would eventually join prog-band Home, another Forgotten Sons candidate whilst I could not find anything related to Frank Clark. Stan Aldous is also known for the work he had done previously with garage band Odyssey.

Throughout the brief Aardvark history, the band also went through a number of keyboardists. Amongst these one finds Paddy Coulter, Dave Watts, who would later play with Jackson Heights and Affinity and the late Peter John Wood. Wood would go on to play with Quiver, The Sutherland Brothers, Al Stewart and Natural Gas.

The band Aardvark are also involved in one of the myths of British psychedelia. The group Tintern Abbey only released one single throughout their recording span, Beeside/Vacuum Cleaner, for Deram (DM 164) in 1967. Considered as one of the most collectable items from this particular musical period, it has long been rumoured that the band had recorded a second single, How Do I Feel Today which was never released yet which was supposedly circulated amongst collectors.

In fact the single was never recorded and the name of the single was actually an unissued Aardvark single that was meant to be released on independent label as Rubble 12. However the tapes were lost by Deram and the band used the name of the Aardvark title, created a fictitious cover and thus deceived countless numbers of psychedelic fans all over the world!
by Nigel Camilleri 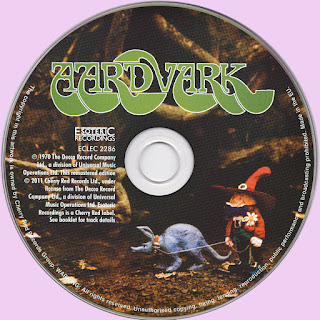 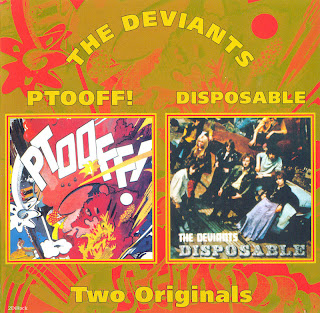 Talk today about Britain's psychedelic psyxties, and it's the light whimsy of Syd Barrett's Pink Floyd, the gentle introspection of the village green Kinks, Sgt. Pepper, and "My White Bicycle" which hog the headlines. People have forgotten there was an underbelly as well, a seething mass of discontent and rancor which would eventually produce the likes of Hawkwind, the Pink Fairies, and the Edgar Broughton Band. It was a damned sight more heartfelt, too, but the more some fete the lite-psych practitioners of the modern age, the further their reality will recede.

Fronted by journalist/author/wild child Mick Farren, the Deviants spawned that reality. Over the years, three ex-members would become Pink Fairies; for subsequent reunions, sundry ex-Fairies would become honorary Deviants. And though only Russell Hunter is present on Ptooff!, still you can hear the groundwork being laid. the Pink Fairies might well have been the most perfect British band of the early '70s, and the Deviants were their dysfunctional parents.

In truth, Ptooff! sounds nowhere near as frightening today as it was the first (or even 21st) time out; too many reissues, most of them now as scarce as the original independently released disc, have dulled its effect, and besides, the group's own subsequent albums make this one look like a puppy dog. But the deranged psilocybic rewrite of "Gloria" which opens the album, "I'm Coming Home," still sets a frightening scene, a world in which Top 40 pop itself is horribly skewed, and the sound of the Deviants grinding out their misshapen R&B classics is the last sound you will hear.

Move on to "Garbage," and though the Deviants' debt to both period Zappa and Fugs is unmistakable, still there's a purity to the paranoia. Ptoof! was conceived at a time when there genuinely was a generation gap, and hippies were a legitimate target for any right-wing bully boy with a policeman's hat and a truncheon. IT and Oz, the two underground magazines which did most to support the Deviants (Farren wrote for both), were both publicly busted during the band's lifespan, and that fear permeates this disc; fear, and vicious defiance. It would be two years, and two more albums, before the Deviants finally published their manifesto in all its lusty glory -- "we are the people who pervert your children" -- during their eponymous third album's "People Suite." But already, the intention was there.
by Dave Thompson

The first and only single that The Deviants cut in the sixties, this pairing was taken off their highly uneven, amusing and at times terrifying album, “Disposable.” And it acts as a succinct overview of that album: the A-side featuring lead vocalist Mick Farren bellowing, braying and screaming his lyrics of twisted drug revelations while an equally screaming and blistering fuzz guitar gets turned in by Sid Bishop. The guitar solo is by far one of his most unbridled: a churning, splintery mass of sharpened noise, and it’s every bit as good as his racket making on their debut album, “PTOOFF!.” Since that point, personnel had shifted as several roadies joined on vocals as well as a three-man rhythm section: Russell Hunter on drums with Sandy Sanderson and Mac McDonnell on bass -- sometimes simultaneously.

From the moment Hunter’s drums bursts in to drive the thing down all the way to the end as awesomely-bad-for-the-fuck-of-it harmonica wailing flies overhead, a head-creasing, sideways/backwards/every-which-way near constant guitar sprays with over-sustaining, over-fuzzed out ferocious power. It screams and screams along as Farren is straining at the leash of his sanity, which is soon fraying into the slightest of threads as his lyrics are, at best, discernable with ever other line. More by its reckless display of bottled anger uncorked than anything approaching musicianship, “You’ve Got To Hold On” is an explosive punk track and its undyingly recklessness and incorrigible extremities were (and still are) astonishingly ahead of their time.

“Let’s Loot The Supermarket” is a methedrine-ravaged, brain-damaged, Dylan-banged piano and acoustic guitar accompanied sing-a-long with an undeniable aura of cracked and chewed lips, greasy hair of a crowded studio fogged in with compressed B.O. It’s a total “revolution for the hell of it” anthem, and they’d be singing it over burning trash cans in Powis Square if the empire ever fell. But here in the studio, Farren can barely sing by the middle section, fumbling over the lyrics and distracted by the backing vocal entourage of roadies and musicians, who are hardly helping matters.

Everybody is completely ragged from their time spent speeding and waiting around during playback for 48 hours. They’re out of tune, out of time, out of their minds and couldn’t care less. You wouldn’t, either. Pretty soon, infectious laughter kicks in (and the ass of) the overall resigned feel of the piece, and soon the entire studio is laughing like Bedlam inmates. You’ll start laughing, yourself. A bittersweet harmonica blows into the coda over half-assed handclaps and more laughter. You can almost see them struggling to remain standing (According to legend, even engineer Andy Johns couldn’t control things in the studio, because he too was spiked with enough methedrine to kill an elephant.)
by The Seth Man, March 2001 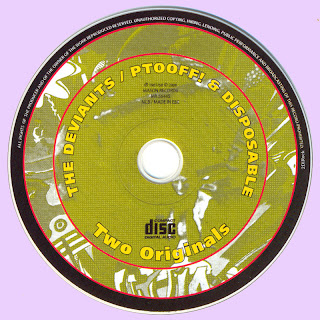 Free Text
the Free Text
Posted by Marios at 4:45 AM 10 comments: