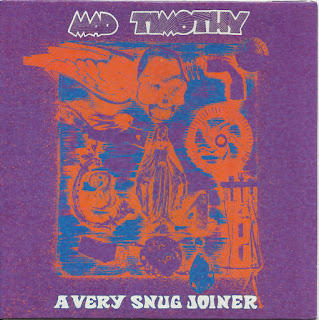 In these digital and interconnected times, it’s very rare to find an album from the 60s-70s which hasn’t been documented or “discovered” yet. That’s the case with a mysterious demo LP titled “A Very Snug Joiner” by a band called Mad Timothy. In words of Steve Krakow (of Plastic Crimewave / Galactic Zoo): “A friend of mine found this no-jacket LP at a thrift shop, and there is ZERO information on them--no one knows anything and I've spoken to many collectors. Very cool sludgy Blue Cheer/Majic Ship/Mount Rushmore kind of vibe--with a few folkier tracks---it’s all pretty charmingly primitive-- I think people would want to hear this!”

Even knowing that our efforts to track down the band were fruitless, we thought that this rarity deserved to be shared with the world, so we at Out-Sider / Guerssen in collaboration with Steve’s Galactic Archive imprint, are doing a vinyl edition of the Mad Timothy demo album, hoping that any of the band members will see it and contact us… 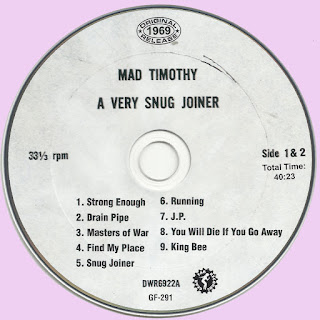 Free Text
Text Host
Posted by Marios at 5:04 AM 2 comments: