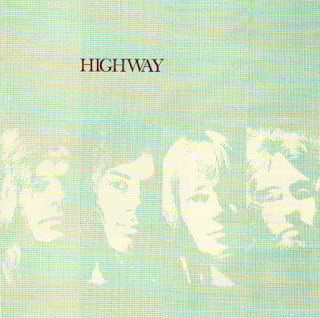 Highway was recorded just three months after the band scored the career-redefining hit "Alright Now," with their profile at an career-topping high, but morale heading toward an all-time low. Guitarist Paul Kossoff was reeling from the death of friend Jimi Hendrix, a new single, "The Stealer" -- the follow-up to The Hit -- bellyflopped ignominiously and, when the album followed suit, the band itself was not far behind.
Heavily influenced by their admiration of the Band, Highway has understandably been described as Free's answer to Music From Big Pink, sharing both the laid-back vibe and mellow looseness of that role model. Where it went awry, of course, was in the fact that Free was not cut out to be country-rock guitar-twangers, no matter how fiery their missionary zeal. Yet, the strutting rockers "The Stealer" and "Ride On Pony" alone shatter the brave new mood, while reflective romancers like "Love You So" and "Be My Friend" could well have been composed specifically to rid the band of the shadow of "Alright Now," and prove that underneath the coolest exterior, there beat a heart of the molten gold.
Of course, Free had bathed in such waters before, and the closing "Soon I Will Be Gone" certainly bears comparison with any of their past ballads. Nevertheless, too much of Highway reacted to the pressures of the recent past, rather building upon the strengths that had made such events possible in the first place, and you reach the bonus tracks appended to the 2002 remaster despairing that they will ever rediscover that earlier flair. But the 1971 hit single "My Brother Jake" is a gorgeous knockabout clearly informed by the Faces' recent assault on Free's own throne, while a couple of BBC session tracks, sensibly highlighting both the best - "Ride On Pony" and the worst - "Be My Friend" of the album itself, pack a punch that was clearly absent in the studio.
In fact, whatever your opinion of Highway itself, the bonus tracks comprise an entire new reason to pick up the album.
by Dave Thompson 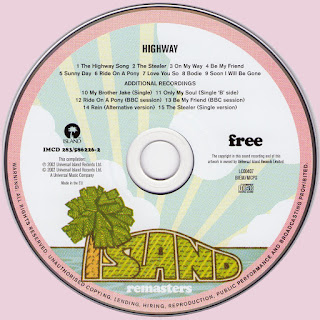