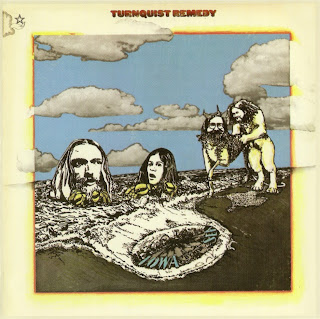 Turnquist Remedy were a band that embodied the fluid guitar sound and vocal harmonies so prevalent of the late 60's and early 70's. Turnquist Remedy played together from 1968 to at least 1971, possibly later. Band members were Michael Woods, Murphy Scarnecchia, Scott Harder, and John Maggi (Larry Vilaubi, Larry Knechtel, and George Semper played on the album).

They toured Northern and Southern California extensively during these years. Research shows they played together as early as December 13,1968 at The Bank in Torrance, California and as late as August 1, 1971 at the San Diego Sports Arena. We have also heard a rumor that they appeared on the 1960's drama show "The Mod Squad" as a hippie band; however, this has not yet been confirmed. Michael Woods went on to play with America in the late 70's and early 80's while John Maggi later performed with String Cheese.

Larry Knechtel was a session musician best known for his work with Simon & Garfunkel (piano on Bridge Over Troubled Waters), The Beach Boys (Pet Sounds, Smile), and Bread. His electric bass guitar riffs on The Byrd's "Mr. Tambourine Man" are now legendary. Special thanks to Al Schmitt for his assistance in this project.
by Roger Maglio 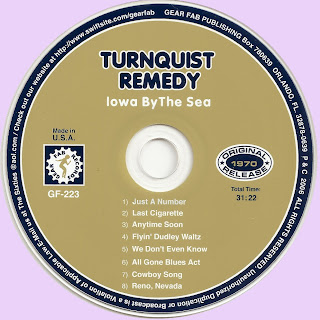 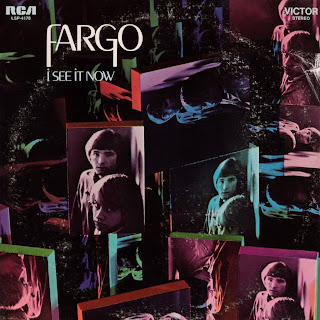 Dean Wilden and Tony Decker are Fargo. Their home is Salt Lake City, Utah. People who meet them or hear their music find that fact incongruous, for thinking of Salt Lake City brings to mind the Tabernacle with its mysteries and its majesty and the descendents of Brigham Young quietly living their lives by that oddly isolated sea in the heartland of America. Somehow it's hard to imagine young contemporary singers-composers at work against this backdrop.

Twenty-one years of living in and around Utah and Colorado have been etched into their memories and have made the personalities of Tony and Dean. A mother plays the violin to entertain her children; a father softly strums his guitar in the evening; Sundays echo the magnificent music of the church.

There is always music—choir practice, school concerts and the radio bringing in the sounds of New York, Nashville and Hollywood. Two distinct musical personalities evolve, and upon meeting they merge, and the halfthought- out melodies of childhood can no longer wait to become songs.

I See it Now by Tony and Cross with No Name by Dean are new songs about Jesus. A Castle in Wales is about a castle in Wales, unless you want to search for hidden meanings. Lady Goodbye is a timeless morality ballad.

Here are Tony Decker and Dean Wilden with their songs and music. Not New York, Nashville or Hollywood – not even pure Salt Lake City - just FARGO.
Original Liner-notes 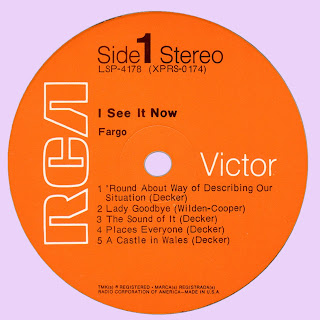 Free Text
the Free Text
Posted by Marios at 1:10 AM 8 comments: