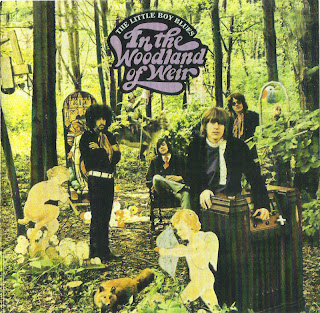 "When we first got started we played more in the Chicago blues bag," Ray explains. "But from there we derived our own form of blues, more electric and much heavier. Also, we would like to see more classical sounds emerge in rock. What's happened so far is that pop people have taken classical sounds and used them on the surface.

They haven't really gotten into the actual form. In the future you might very well hear a 12-tone scale on a pop record. Although we make use of classical music on our first LP, In The Woodland Of Weir, we plan to go into it even heavier on our second." Regarding recording, Ray says: "The best efforts are not necessarily made by the best groups, but by groups with a good and thorough knowledge of how to use the recording studio and its limitations. One also has to go into the studio thinking of a writer writing a story, or of an artist painting a picture"
Original Press Release, 1968

Formed in Chicago in 1964, The Little Boy Blues soon became local heroes, opening for The Rolling Stones, The Yardbirds, Paul Revere & The Raiders and many others. Having played innumerable live dates and appeared on top TV shows, their sound took a psychedelic turn in 1967. Their sole album – made with a revised line-up and originally released in October 1968 – incorporates jazz, classical and acid rock influences, and makes its long-overdue return to CD here, complete with all their non-album singles sides. 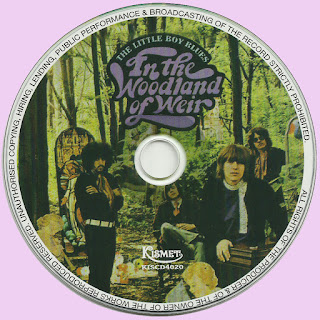