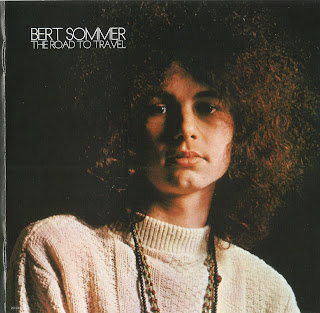 Major labels were taking all kinds of chances on untested talent in the late '60s, but although his name may have been unfamiliar to most in the industry, Bert Sommer was hardly untested. By the release of The Road to Travel, his 1968 debut, he had already written five songs for the Vagrants (founded by a pre-Mountain Leslie West, Sommer's schoolmate) and sung lead vocals on the Left Banke's single "Ivy, Ivy" through a friendship with that band's Michael Brown.

The Road to Travel shows that his well of inspiration had not yet run dry. With help from a conglomeration of friends and studio professionals, Sommer proved he was facile in a variety of styles -- orchestral pop, acoustic folk, and some of the most sensitive singer/songwriter material heard before the style had fully flowered (with apologies to Tim Buckley). All of this was delivered in Sommer's plaintive voice, although he was more convincing when he really let go than when he tried to rein it in. Anachronistically, he began the LP with the words "And when it's over" (the title of the opener), moving quickly on the song from eerie Baroque pop to bombastic, brass-led art rock.

That was a mere taste of what was to come, encompassing the hippie-dippie end of folk on "Jennifer" (the song Sommer gained raves for at Woodstock), straightforward sunshine pop for "Things Are Goin' My Way," and a curiously aggressive falsetto take on art rock for "Tonight Together." Sommer's power as a songwriter and performer was clear, but he was incredibly difficult to pin down. That may be what doomed The Road to Travel, but it has an undeniable flair.
by John Bush 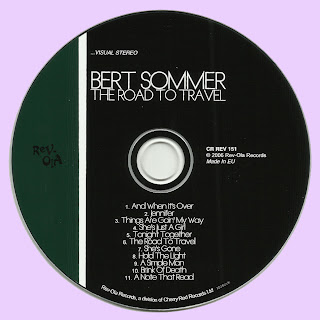