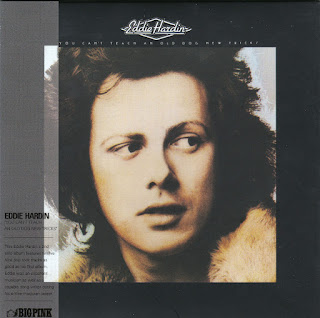 When you can call on the likes of Deep Purple members Ian Paice and Roger Glover, Elton John Band bassist Dee Murray and famed session musicians like B. J. Cole, Mo Foster and Henry Spinetti to help you out on the recording of your second solo LP then you must be one hell of a talent, and keyboardist/vocalist Eddie Hardin is definitely that.
Born on February 9th, 1949 in South London, Hardin's first big break came in 1967 when, aged just 18, he joined the legendary Spencer Davis Group. Dubbed 'the singing keyboard wunderkind', Hardin soon made his presence felt in this mega star-outfit and appeared on the UK hit singles "Time Seller" (No. 30) and "Mr. Second Class" (No. 35). By mid-1968, and with the band's star on the descent, Hardin left with the group's drummer Pete York to form the duo, Hardin & York. Signing to Bell Records, the pair released the album, "Tomorrow Today" and undertook numerous tours of mainland Europe, and in particular Germany, where they regularly filled medium-sized venues and also supported the likes of The Nice and Deep Purple. Two further Hardin & York LPs followed: "Smallest Big Band In The World" (SELL SBLL 136,1970) and "For The World" (DECCA SKL 5095,1971 ) before the pair decided to go their separate ways and pursue solo ventures.
Hardin's solo career kicked off with November 1971's "Driving"/"Where I'm Going To SleepTonight" single "DECCA F13252) which was swiftly followed by the 1972 LP "Home Is Where You Find It" (DECCA TXS 106) and another single, "Why Does Everybody Put Me Down"/"Spend Your Money Honey" (DECCA F13307). He then put his solo attempts on hold when he took part in the 1973 reformation of the Spencer Davis Group where he was again reunited with Pete York. The reunion lasted for just two LP's "Gluggo" and "Living In R Back Street", before the band again split up. Hardin along with York and bassist Charlie McCracken then formed Hardin-York-McCracken and released one critically acclaimed self-titled LP, in 1974, for Vertigo Records (6360622).
Following this, Hardin worked with Roger Glover on "Butterfly Ball" and "Wizards Convention" LPs before again attempting a solo career with the singles "S'Easy"/"Strange Times" (Mercury 6008008) and "Summer Days"/"Seems I'm Always Going To Love You" (GTO GT24) and the album "You Cant Teach An Old Dog New Tricks" (ATTIC LAT 1023). Beetween 1979 and 1981, he led Axispoint, who also featured bassist Charlie McCracken, drummer Rob Townsend and guitarist John 'Charlie' Whitney, and who released two LP's "Axispoint" (RCA PL30039) and "Boast Of The Town" (RCA PL25277). Following the demise of Axispoint, Hardin stayed with RCA for 1982's "Circumstantial Evidence" LP (PL 30101) and then teamed up with Zak Starkey to work on a musical version of "Wind In The Willows" which also featured Donovan and John Entwistle.
Since then, he has released a couple of 'New Age' style albums for Coda Records, "Dawn Til Dusk" (830509, 1986) and "Survival" (834142,1980), overseen the re-issuing of Hardin & York's old recordings and took part in occasional reformations of the Spencer Davis Group. And with plans for a new, more rock-influenced LP, there's no doubt this old dog will be teaching us all a few new tricks in the near future.
by Mark Brennan, 1994 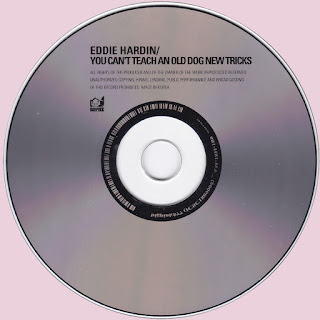