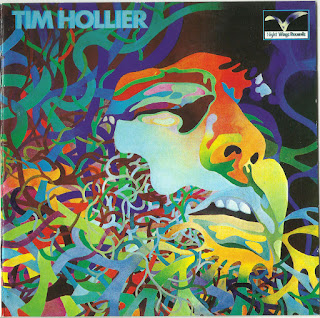 Tim Hollier has, until now, remained a cult artist, beloved of a few but unknown to the many. He made some superb music, some of which is comparable to David McWilliams' orch.-folk, but is infinitely superior to it. Some of it is vocal/acoustic guitar folk minimalism, but a lot - thanks mostly to the arrangements/productions of the masterful John Cameron- is fuller and beautifully lush. Of the highlights on this CD (all taken from Tim's first three albums: 'Message To A Harlequin', 'Tim Hollier' and 'Skysail'), we must mention 'Message To A Harlequin' (the song) starts off in a folk idiom then rises to high-flying pop. It is pure magic! 'Do You Remember When' has a wonderfully over-the-top production.

The trippy 'And Where Were You That Morning Mr. Carroll'. Hearing this again after not hearing it for ages came as a revelation to me. I always thought that it was like Calum Bryce's 'Lovemaker' (as is Tim's equally sublime 'Hanne' - pronounced 'Hannah', not included here), but it is so much more and so much better than 'Lovemaker'! It is a truly marvellous track and if you love 'Fading Yellow' then you'll adore this, if you love UK Psych Pop you will worship this! I am not over-stating thing by calling it a masterpiece of Alice-inspired psych-folk-pop. That it has remained unappreciated this long is a miracle, but a sad one. Luckily, this CD rectifies that matter. 'Full Fathoms Five' is another gem; baroque pop with tablas and lyrics by a certain Mr. W. Shakespeare. 'In Silence' is majestic folk-pop, with another OTT production.

These tracks are all taken from Tim's debut, produced by Ray Singer, and featuring musical help from Herbie Flowers and David & Jonathan. Whilst the following, come from Tim's second, self-titled album: 'Seagull's Song' is superior folk-rock in a rather stoned groove. 'Evolution' is a great version of the Amory Kane song, with lots of flute, and tasty up-front rhythm track. And we must not forget the drone-filled 'Evening Song' and the suitably weird 'Tenderly Stooping Low'.

This package contains a selection of lyrics, a discography and detailed resumé of Tim's career, and a strong selection of material.
by Paul Cross, December 2004

Tim Hollier was one of the most unfairly neglected of folk-based artists to come out of late-'60s England, his brand of trippy, quietly elegant psychedelic folk-rock deserving an infinitely wider hearing than it got -- not that he ultimately did badly in music, but he deserved better earlier. Born in Brighton in 1947, Hollier was raised in West Cumberland, and at age 13 formed his first group, the Meteors, with a group of friends from school. He attended art college and played as part of a folk duo called the Sovereigns in the mid-'60s. He later moved to London to study graphic design, and got involved in the folk scene there, seeing some limited success as an opening act for such well-known figures as blues songstress Jo Ann Kelly and visiting American Paul Simon.

An introduction to Simon Napier-Bell -- a music figure best remembered today as the man who inherited the Yardbirds' management from Giorgio Gomelsky -- got Hollier to the next phase of his career, a proper recording contract. Napier-Bell got Hollier signed with United Artists Records' U.K. division, a much more adventurous outfit than its American parent company. Where the latter was still relying on soundtracks and recording Jay & the Americans, the U.K. United Artists outfit was downright experimental, cutting psychedelic sides by Del Shannon; it wouldn't be long before they'd sign up Brinsley Schwarz and the Flamin' Groovies. It was at UA that Hollier recorded his first album, Message to a Harlequin, in mid-1968; released in October of that year, it was a tremendous showcase for Hollier's excellent voice and challenging, psychedelic-flavored songs, elaborately produced and reminiscent in many ways of the first two albums by Duncan Browne.

A hauntingly beautiful debut, Message to a Harlequin has Tim Hollier working in a restrained yet elegantly produced folk-pop mode, almost pre-Raphaelite in the manner of Duncan Browne's Give Me Take You. John Cameron's arrangements, far more ornate than his work during the same period for Donovan, sometimes bury Hollier's acoustic guitar and drench his solo singing voice in choral accompaniment. The songs themselves were probably strong enough to stand on their own a bit better, but the results are still eminently listenable, resembling a folk-based equivalent to the kind of highly produced psychedelic pop/rock of the period.

The album -- although not especially successful in England -- even managed to get a U.S. release on the company's Imperial Records imprint. Hollier made slow progress in finding an audience over the ensuing year, playing on some of his UA labelmate Peter Sarstedt's records and getting some exposure on the BBC, and also collaborating on stage and record with American songwriter Amory Kane. He left UA in 1969 and signed with Fontana Records, which issued his self-titled, self-produced second album in the summer of 1970. A stripped-down album compared to its predecessor, Tim Hollier's self-titled second album is filled with pleasant, catchy folk-based tunes, with Hollier's acoustic guitar much more in the foreground and most of the songs loaded to overflowing with memorable hooks that are fully exploited in Hollier's singing and the various guitar parts. It failed to sell, and a year later a similar fate befell his third album, Sky Sail, released on Philips.

By 1973, he'd shifted gears somewhat in his career, and went into the production end, forming his own label, called Songwriters Workshop -- among those who signed up was Peter Sarstedt.

By the 1980s, Hollier had moved into music publishing, and later went into movie financing -- his company, Filmtrax, not only scored movies, but also helped produce such pictures as Withnail and I (which, ironically, dealt with the closing days of the 1960s, the period in which Hollier had the bad fortune to start his recording career). In the decades since, he has remained a major figure in the field of music copyrights amid the boom in new technologies and media.
by Bruce Eder 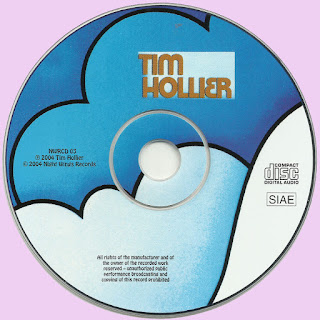 Free Text
the Free Text
Posted by Marios at 5:32 AM 9 comments: