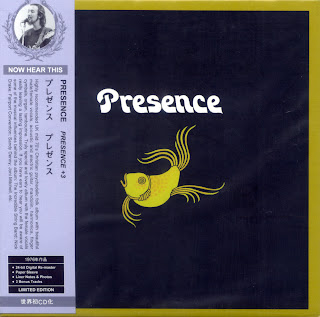 Presence, originally released in 1976, is now being released as a CD. It is a very special album for all of us involved as it captured a particularly creative and inspirational moment in our lives. Whenever I listen to it, I am struck by the life that is conveyed through the music. It continues to move me, even after 33 years. The songs are still fresh and speak out as if they were only recorded yesterday.

The five members of the band, Veronica Towers, Kevan and Ivor Bundell, Mike Waiting and Paul Gateshill, came together through the inspiration of the Focolare Movement - an ecumenical movement which is now spread across the globe. In fact we were a very ecumenical band, representing Roman Catholic. Presence was recorded over four days during Easter 1975 at the independent Indigo Studios, in Manchester, England, on a four track tape machine.

The engineer was Dave Rohl. He was also the keyboard player of the Mandala Band and there was an immediate musical rapport with him in the studio. Much of the albums' vitality and freshness are due to his skills and encouragement. The album was mixed a few weeks later in one day, and the master disc was cut at the famous Abbey Road studios in London(of Beatles fame). So where are the band now? All five are still making music and play on one anothers' albums and in concerts together.

Veronica's vocals are even richer and more sublime and you can catch up with her song-writing on two albums: "Promises of Life" and "Light and Shade". The Bundell brothers have produced two fine albums: "Secret Lives" and "Stood on the Shore". Mike Waiting is still being wonderfully percussive and Paul Gateshill can be heard on the album "Years in the Making".
by Paul Gateshill 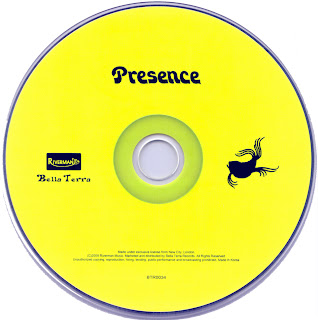