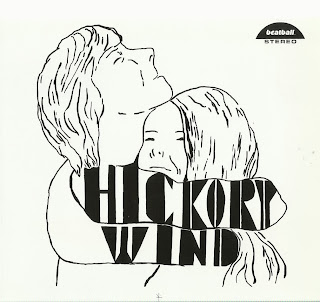 The band Hickory Wind was formed in Indiana in 1969, by four very young musicians: Sonny Prentice, Alan Jones, Bobby Strehl, and Mike McGuyer. Much of their early musical influences were country rock bands like the Byrds, Buffalo Springfield, and in a more psychedelic nature: The Beatles in fact, the band's name came from an old Byrd's tune.

The album was recorded in the fall of 1969 and had a very limited release, hence the high dollar value of an original today. Musically the album is a mix of classic country rock played through a psychedelic vibe. The track "Time and Changes" is in my mind, a classic of the era.

There always has been a mystical innocence about the album that I love and the cover I cherish in it's hippie simplicity. The band broke up in 1970, with Sonny Prentice moving to Kentucky and the three remaining members forming B.F.Trike, of which I have included four cuts on this reissue. Hickory Wind is another example of some young musicians who were very talented but didn't have the break or the promotion to make it big.
by Brian Hulitt 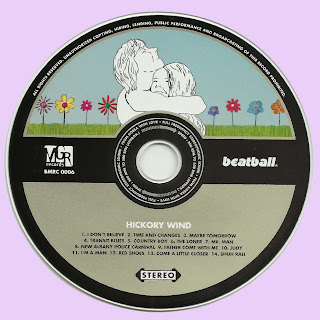 Free Text
Text Host
Posted by Marios at 9:05 AM 3 comments: