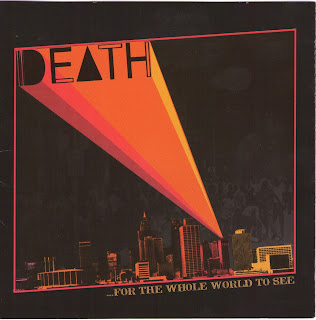 Detroit in the early 1970s was rife with raucous wild music of all kinds: the loopy, psychedelic funk of George Clinton's crew, the raging rock of MC5, the Stooges, the Frost, SRC, Bob Seger getting ready to crack the big time, the entire Motown scene, Grand Funk Railroad banging on the upper reaches of the charts, etc., it was all happening in various places in full view.

Music was one of the only places in the Motor City where notions of race and class became virtually invisible. And Detroit radio stations, albeit in off-hours, supported a lot of local music. The influence all these bands had on the local scene was tremendous, as was the influence of Alice Cooper, who'd begun making music in the city before hitting the charts after relocating to Los Angeles.

Enter the Hackney Brothers: guitarist David, bassist Bobby, and drummer Dannis (aka Death). These three brothers had been woodshedding in various funk and soul units until about 1973 when they began digging into the heavier sounds of the day, particularly the Stooges and Alice Cooper. They adopted their rather macabre moniker and began playing loads of parties and garage shows and the occasional ALSAC Teen dance bashes on Sunday afternoons.

In 1973 they recorded a demo that they gave away at shows that were becoming hot word of mouth affairs. They got it into the hands of producer Don Davis, who brought them into United Sound and cut the singles that have become, thanks to Drag City, released as For the Whole World to See, which finally saw release after 35 years in the can! The sound here is a whomping, woolly blast of garage rock in the grand Detroit tradition. The songs are beautifully written, raw but very tight, rhythmically compelling, guitar-drenched and feedback-littered but focused. Check out the band's best-known tracks such as "Where Do We Go from Here?" and the hyper-political "Politicians in My Eyes." Here ultra-sonic bass rumble, staggered kick drum and snare attacks merge with blistering shards of six-string mayhem.

This is proto-punk at its best. Period. Stop-start cadences meet overdriven power chords and slippery riffs and the primal testosterone energy that the very best of Detroit rock & roll brought to bear: frustration, rage, hedonism, and a Fuck You attitude. The feedback and distortion squalls at the end of "Politicians...." are the equal of anything that ever came from the era. Add to this the smoking party anthem "Keep on Knocking," the no-holds barred rave-up of "Rock 'n' Roll Victim," and the Hendrix-ian guitar blast of "You're a Prisoner" and you'll be left shaking your head in wonder and even awe.

The music on For the Whole World to See is not a collection of dead dog cuts assembled for a quick buck. In an era where "lost" albums and "classics" seem to come from every label on the planet, Death's meager 26-and-a-half minutes of recorded sound become a proper chapter in the secret history of rock. Yes, it's true that the hardcore collector crazies have been paying a fortune for the original singles, but it's the music that matters. This amazing record is more evidence of Detroit music's secret story. Fans of Bad Brains, Hendrix, Iggy and the Stooges, etc., take note. The word "classic" in this sense is not only accurate, it cannot be overstated.
by Thom Jurek 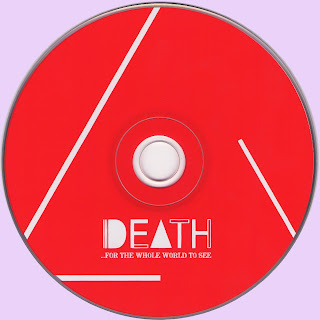