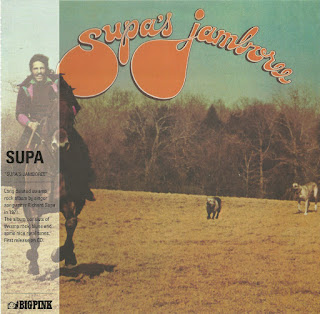 Richard Supa! I can't say enough about him. Supa is a Brooklyn kid who got his basic training playing guitar in soul bands—often he was the white member -while IK- was attending the University of Miami. He dropped out of school in his junior year and headed hack to \ew York. There he became a member of the Rich Kids-one of those legendary Long Island bands like the Rascals and the Vanilla Fudge—and he stayed for nearly five years.

Over the next couple years, Supa wrote a lot of songs, put together a group that never jelled and spent several months playing one of the leads in the Broadway company of "Hair." Now he has himself a new group. Supa's Jamboree, made up of some very together musicians.

The result is an extremely tight album The musicianship is first rate. They have the power and control to start off quietly on a number and build to a rip roaring finish, one of the things the Stones do so well.

The material, all written by Supa, is varied and consistently good and the singing well that's really something to take notice of- Richard Supa is a singer to he reckoned with. My favorite. “Li’l Jessie”, a hard driver that really sums up the album.
by Phil Flamm

A longtime friend of Aerosmith, he has made a number of musical contributions to the band and has offered moral support. He temporarily replaced Joe Perry when he left the band in 1979 until a replacement was found. Additionally, he helped co-write several songs, including the hits "Chip Away the Stone" (1978), "Lightning Strikes" (1982), "Amazing" (1993), and "Pink" (1997), among others.

Supa co-wrote most of the songs on Bon Jovi guitarist Richie Sambora's second solo album Undiscovered Soul. He also wrote the song "Misery" for the album Missundaztood by Pink, on which Aerosmith's singer Steven Tyler  features, and Sambora also collaborated and co-wrote the song "My Interpretation" "Your Sympathy" and "Instant Martyr" from Mika's debut album Life in Cartoon Motion. He also co-wrote "Back on Earth" for singer Ozzy Osbourne.

Supa is now the Director of Creative Recovery at Recovery Unplugged Treatment Center where he uses music to help addicts in recovery. 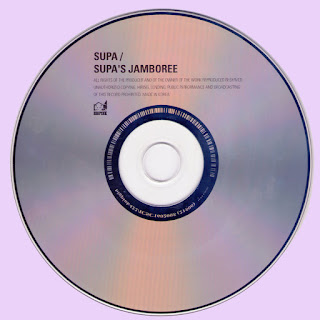 Free Text
the Free Text
Posted by Marios at 11:52 AM 4 comments: