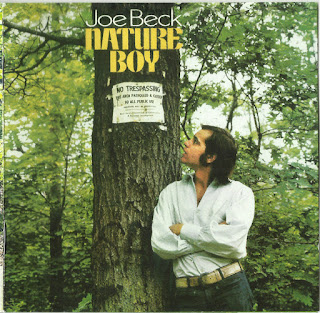 Most music lovers know Joe Beck as a famous jazz guitarist, composer and producer. At the early age of eighteen he left his home town Philadelphia to New York, where due to his extraordinary talent he soon became co-artist with famous jazz musicians ( such as Paul Winter, Charles Lloyd, Gary McFarland and Chico Hamilton). Miles Davis took him on as the first “electric guitarist”. In late 1966 he recorded the LP “Rock Encounter” with Sabicas, one of the world’s greatest flamenco guitarists, a truly extraordinary album, even in hindsight (first published on CD on Long Hair, LHC 48). The recordings on this LP earned him a record deal with MGM/Verve, and in 1967/68 “Nature Boy” was recorded. For further details please note the following remarks by Joe Beck in person!

Since at the time of the recording session Joe Beck did not have an own band, he won drummer Donald McDonald, who was to be his fellow artist with the band Jeremy And The Satyrs and was also drummer with the Tim Hardin Band and under contract with Verve. Joe Beck (guitars, bass, organ) and Donald McDonald (meanwhile deceased) recorded most of the album, with the occasional help of Don Payne, bass, Crazy Horse guitarist Danny Whitten (died in 1972) and trumpeter Randy Brecker.

Except for the jazz-standard “Nature Boy” all titles were composed by Joe Beck. Later on he did a few more recordings of the title song “Nature Boy” (composed by a certain Eden Ahbez) with various famous jazz musicians. “Nature Boy” had previously been recorded by Nat King Cole, Frank Sinatra, Miles Davis, John Coltrane and several others, and - interestingly so - is part of the soundtrack of the movie Moulin Rouge - sung by David Bowie! It is a very adaptable song that lends itself to a variety of interpretations, and in this album is brilliantly presented by Joe Beck and his extraordinary guitar work as a psychedelic rock song.

“Nature Boy” is a congenial opener of the album of the same name, which Vernon Joynson in his recommendable book “Fuzz, Acid and Flowers” aptly described as a mixture of psyche, rock and jazz, with occasional classic influences, but clearly dominant psychedelic and rock elements. A fascinating album with exciting compositions that display high technical skills.

In 1968 Joe Beck joined Jeremy Steig’s The Satyrs. Rather unusual from today’s point of view, Jeremy and The Satyrs toured the United States together with Cream. Since he was open for musical ideas and forms apart from jazz, Joe Beck could not escape the fascination of this extraordinary band. He was also quite impressed by Jimi Hendrix’ guitar play, which was new and unusual at that time.

Apart from being bandleader, producer, composer, arranger and co-artist with many famous jazz, jazz-rock and funk artists, Joe Beck made himself a name as composer of theme songs for TV and radio and has also been famous for his film music and for adding sound to TV documentaries. He also recorded with the Royal Philharmonic Orchestra in London, the Milan Philharmonics and the Paris String Ensemble in joint studio productions.

The making of this record could be the plot of a movie. A sixties adventure! It started out with me signing a contract with Verve for $100,000.00 advance. A large sum in 1967. I insisted that the recording be done in my house and that they also sign Warren Bernhardt. They agreed to these unheard of demands and much more and the project started soon after.

I had the musicians living in my house and had rented every conceivable instrument and recording device possible at the time, including Jay Messina, the engineer. All in my house. We had a month to do the project. My fiancé at the time (Diane Doe) and Warren’s future wife got into a fight and all music ceased. Needless to say, neither marriage lasted very long. To make the very long story short, after all the contract talks and money to make this project work, we spent the entire budget on parties and who knows what and, at the end of a month, we had just one basic track. One track! It was acoustic guitar and conga drums – “Spoon’s Caress”. We had spent $100,000.00 and achieved nothing. The sixties.

Now it was time to show Verve what a great project they had paid for. Out of desperation, I started recording tunes with myself playing all the parts except drums, which Donald MacDonald agreed to do. I sang, I played bass, I played piano, guitar, percussion, whatever it took to get the record done. As I worked, people came by the studio and that is how Randy Brecker came to play on it as well as Danny Whitten on a vocal or two.

“The Rapid Disintegration of a Chamber Orchestra” starts with part of a piece I wrote for my friends to play as a Christmas present the year before. I think I was 20 or 21 when I wrote it. It really was a gift for the players who worked for me at the time in the TV commercial business. They were all great musicians and I just wanted them to get a chance to play something not written for a commercial. Also, I wanted to play piano and this was part of a twenty minute piece for piano which has been lost over the years.

To tell the whole story of this project would take a long time and I’m not sure it is worth the telling. I suppose it is an accurate picture of my life at the time, but a little painful to look at too closely. Some of the people involved with this project passed away as a result of the times, others have left the business. I think I can safely say that those of us who survived the music and life of the sixties have a great respect for our art and how it affects others. I think of the ones we lost every day of my life and dedicate this new project to the memory of Donald MacDonald. He was my favorite drummer of all time and touched thousands of people with his music and his love.
by Joe Beck, May 2006 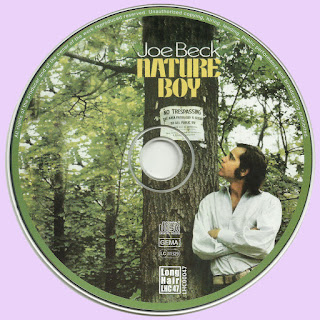 Free Text
the Free Text
Posted by Marios at 7:36 AM 6 comments: