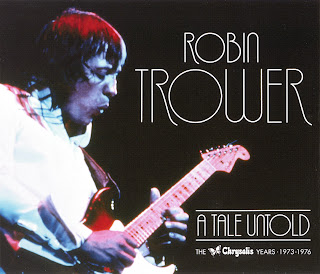 Guitarist Robin Trower made his name playing R&B with the Paramounts and classically-tinged art rock with Procol Harum, but wanted no part of either when he launched his solo career in 1972. As the focal point in a guitar-dominated power trio, Trower stretched out, experimented, and, as many have noted, paid homage to Jimi Hendrix in his own way.

Other than his reliance on the reverb of a Fender Stratocaster for tone and atmosphere and the trio format, however, Trower was far from a Hendrix clone. For one, whereas Hendrix’s music always had rough edges in spite of its virtuosity, Trower epitomized precision—from the tight arrangements (owing to his background in Procol Harum) and structured solos, right down to the cleaner tone of his guitar. While Hendrix’s R&B influence came from playing loose, uptempo blues and soul, Trower’s background (with the Paramounts) was in uptown white British R&B. What Trower was doing with Hendrix wasn’t any different than what the Rolling Stones were doing with Chuck Berry and Muddy Waters: updating it and expanding upon it.

While revered by guitar aficionados, Trower didn’t earn nearly as much respect from critics, and if past reissues are any indication, record labels. Of his first five solo albums, included in their entirety on this three-CD compilation, only Bridge of Sighs has ever gotten a decent remaster, the rest left to wallow in straight transfers with flat sound—or worse, in the case of the original ‘80s CD reissues of Live and Long Misty Days. While short on liner notes and packaging, A Tale Untold at last gives all of Trower’s first five the mastering they deserve.

Twice Removed from Yesterday (1973) kicked things off in prodigious fashion, displaying all the elements that would manifest throughout Trower’s early works: bassist James Dewar’s rich, soulful vocals, spacey arrangements, and of course, incredible guitar playing. The dreamy title track and “Daydream” in particular lay the groundwork for the future, and the more laid-back “Ballerina” was the first of many ballads that fit comfortably beside harder-rocking material. That said, the debut rocks harder than most later works, with Trower playing in a slightly more distorted tone on riffs like “I Can’t Stand It”, “Sinner’s Song”, and “I Can’t Wait Much Longer”. (The hardest rocking track of the sessions, “Take a Fast Train”, a killer non-LP B-side ignored by reissue labels for years, is included here.)

Trower’s tone on 1974’s career-defining Bridge of Sighs replaced the slight distortion with echo and effects as the music took another step forward (with commercial success to boot; this was one of four Trower albums to go gold). As fine a debut as Twice Removed was, Bridge of Sighs was even better—including the monumental title track (an FM staple) and rocking stage favorites like “Day of the Eagle”, “Too Rolling Stoned”, and “Little Bit of Sympathy”—all delivered with Trower’s trademark fluidity. Two ballads—“About to Begin” and “In This Place”—were just as good, and the funky edge of “Lady Love” would point the way to Trower’s next stylistic foray.

To get there, the late Reg Isidore was replaced in late 1974 by former of Gypsy and Sly and the Family Stone drummer Bill Lordan, who immediately added another dimension. Isidore may have had a great feel, but not nearly the chops of his successor. On live versions of songs from the first two albums, Lordan replaced Isidore’s more rudimentary (albeit effective) fills and backbeats with a fantastic array of hi-hat action, snare-ride cymbal interplay, polyrhythms executed simultaneously on different parts of the kit, a funky bottom, and, above all, a drive that the trio never had.

The difference can be heard on various bootlegs, as well as 1975’s Live, a strong set recorded on February 3, 1975, for Swedish radio. Being unaware that they were being taped made the band “loose and uninhibited”, according to Trower—and it shows on ripping versions of “Too Rolling Stoned”, “Lady Love”, and “Alethea”. Unlike many such sets, Trower’s live album adds to the studio versions—and would make a great candidate for an expanded edition since it’s a truncated version of the full set.

Before that album saw release, however, the new lineup would make a disappointing third studio album, 1975’s For Earth Below. Recorded at the Record Plant in LA, the album has the cocaine studio feel all over it: trebly highs, slightly too much bass, and more languid tempos. The material isn’t necessarily the problem—“Gonna Be More Suspicious”, “Alethea”, and “Shame the Devil” are fine tracks—but the execution is, particularly from a band capable of much better.

Though sometimes maligned as a Bridge of Sighs clone, 1976’s Long Misty Days was a return to form. Here, the funky edge spearheaded by Lordan finally appears in the studio on wah-wah enhanced tracks like “Caledonia”, “S.M.O.”, and “Pride”, and Trower revisits the blues on “Same Rain Falls” and “Messin’ the Blues”. The psychedelic title track, replete with Trower’s brilliant sustain and also included in an edited single version, is another winner—rounding out a fine run. (A Tale Untold includes a previously unreleased song from the Long Misty Days sessions, “Let Me Be the One”, which is OK.) Like previous albums, the changes were subtle, and innovation not necessarily a strong point, but Trower and band more than made up for it with strong performances and material.

Long Misty Days is the end of this set, but by no means the end of the story. Not counting two early ‘80s collaborations with Jack Bruce, Trower would go on to make four more solo albums on Chrysalis—one great (1980’s Victims of the Fury), two very good (1977’s In City Dreams and 1983’s Back It Up), one not so great (1978’s Caravan to Midnight), but all ripe for remastering.
By Doug Sheppard 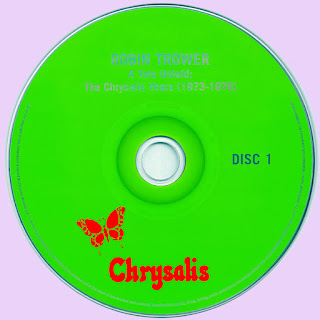 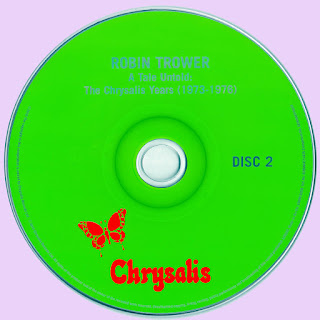 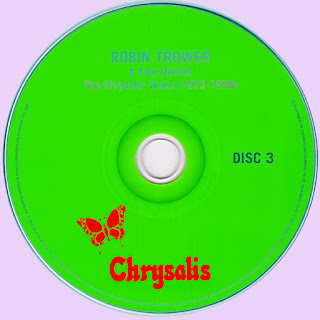