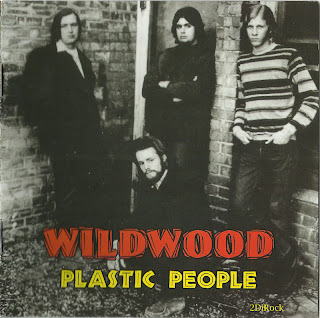 Don't be fooled by the name - with a moniker like Wildwood, you'd half expect pastoral literock from some self-absorbed Marin County dropouts, but the iconoclastic heroes of the tale about to unfold actually hail from the .tough blue collar environs of California's Central Valley - and they walked it like they talked it. The delta town of Stockton had strong R&B roots, with the influential Merced Blue Notes showing the way in the early 1960s, and local rockers like Gary Wagner sporting a tough groove in the groups the Chosen Few and Parish Hall, but by the late 1960s the city had wimped out, with the popular vibe a distinctly folkie, hippyish one, centered around countercultural hotspots like the Minotaur.

In this mellow milieu, Wildwood were the exception - dark and vaguely sinister in both look and sound, they melded the fuck-you attitude of the garage era with a soulful R&B streak and some enviable hard rock chops. Independent to the end, Wildwood did their own thing, and their story - and its remarkable musical legacy, as featured on the two discs you now hold in your hand - is a good one had had an enviable indoctrination into the music from the other side of the tracks, when at fourteen he was enlisted by the Coachmen, a multi-racial combo who rehearsed in his parents basement in the lily-white section of town.

The Mal-Ts were originally called The Dynamic Crescendos. They were from Linden, which is just east of Stockton - only eight miles away but a different world for me, a rural area. Named for surfing totem the Maltese Cross, the Mal-Ts were completely in the vanguard of the moment, a grass roots hybrid of British Invasion and its Raiders-Rascals American equivalent, and already a popular attraction amongst teens locally.  The Mal-Ts lone 45, Here To Stay / Stand Up Today, is amongst the handful of garage gems to emanate from the Central Valley. Cut in Hollywood in late 1966 with famed engineer Bruce Morgan, this fine record was issued upon the bands own imprint, Lady Luck.

Williams got drafted, and Hensley also left, indirectly leading to the formation of what would become Wildwood. Williams was replaced by John Turner, formerly of The Cloud, and the bass playing position was actually taken over by a guitarist: Frank Colli, leader of Frankie & The Fontells and a legendary figure in Stockton with a reputation as a bad-ass – both onstage and off.  Colli had a unique vocal style, modeled somewhere between his idol Ray Charles, and the intensity of a Sean Bonniwell or Arthur Lee. Zachary had seen fit to rename the band Zephyr Blue but, as the quartet of John, Tim, Mark and Frank got to know each other musically via marathon jam sessions at Tim's mother's barn on Baldwin Lane, there was no longer a position for him anyway, it was Zachary that further enabled the new creativity of the new band by making a connection that would provide the lion's share of recordings that appear on this anthology.

Max Weiss, the eccentric founder of venerable San Francisco independent label Fantasy Records, was well known for hosting literally dozens of acts in the labels funky warehouse studio, located in the Mission district of San Francisco, during the mid-1960s  By the summer of 1968, Weiss was famously lackadaisical about seriously working with bands, but he was impressed enough by what he heard to suggest they have a release on Magnum. Mark: "By that point we had become Wildwood, from a book I was reading about ancient Celtic pagan rituals.

As with all the Wildwood recordings, it's the outlaw timbre of Colli's voice that makes the moment extra-special. Wildwood had already started performing around the Valley in the old Mal-Ts stomping grounds, but their tough sound was at odds with the folkier direction most other local groups seemed to be embracing. Mark: "After Plastic People came out, we also started promoting our own shows in different towns like Modesto. Turlock, Tracy, and in Sierra foothills towns like San Andreas and Sonora.

This is Wildwood, it's black, it's dark, whatever it is, it's us. Free Ride, released in 1969, and sporting standard Steppenwolf style rock moves. It's flipside was a much more original item that went back to the Vox-era, with overdubbed piano and a dramatic atmosphere. Wildwood County is significant also for the introduction of perhaps the most colourful figure in the entire Wildwood saga: the enigmatic W. Chalker,  he was a character. rolled up, and work boots — definitely not the hip- PIG type, Up to that time, Frank was writing most of the lyrics, but when they met Chalker, his lyrics took they  to a different place. He would record these primal, rambling versions of his songs with just vocal and acoustic guitar.

As it is for many other groups of their kind, the intensive five years the four members of Wildwood worked together proved an emotionally draining experience,  with little to show for it save two obscure 45s and a bag full of 7 1/2 ips dubs of their Fantasy tapes. Moving on, most everyone continued in music to a greater or larger degree. Mark Ross played with several notables including the Mark- Almond Band, and would eventually move into composing music for television, with two Emmys to his credit. Still writing and singing, the enigmatic Frank Colli performs regularly in the Central Valley, and his newer material can be found online. Tim Mora continues to play drums with various local acts.

Although John Turner passed away a few years ago, the members of Wildwood have remained great friends for the last forty years. And it's quite likely that the powerful shared apprenticeship of Wildwood was something that wasn't replicated in their subsequent musical adventures.
by Alec Palao 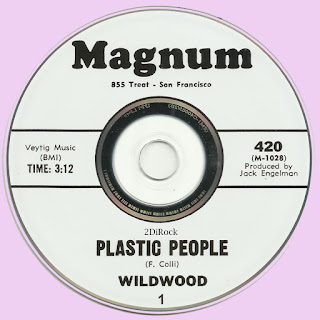 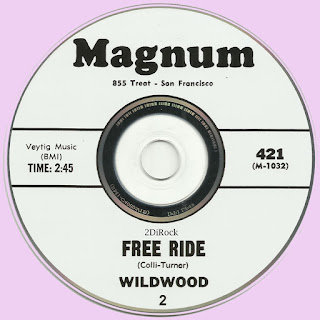 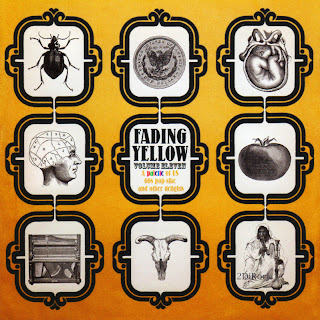 Classic compilation series of purest popsike of the 60-70's. Volume 11 contains 27 trax all together of the highest order, with US and a couple of Canadian trax. Pop-sike, magic pop or wondrous pop. 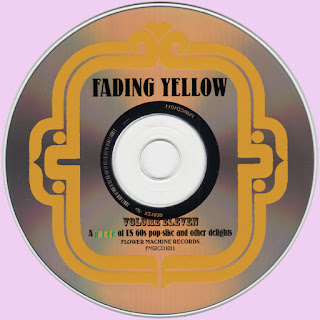 Free Text
Just Paste
Posted by Marios at 8:52 AM 8 comments: