David Peel And The Lower East Side - The American Revolution (1970 us, inspired effective with punk attitude, original Vinyl issue) 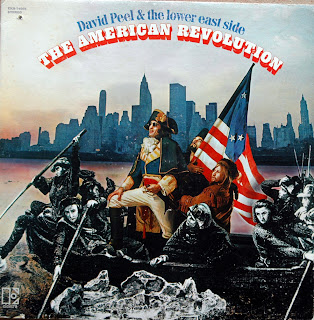 Although Peel's earlier effort hinted at the band's proto-punk and garage rock leanings, the aggressive electric bashing that accompanies "Lower East Side," "Hey, Mr. Draft Board," and "Girls, Girls, Girls" allows them to bring that restless spirit to complete fruition. While Peel's work has been considered as little more than a hippie novelty, the sheer range of his topical lyrics is often a direct reflection of the then-current anti-establishment movement.

His music deals candidly with their attitudes regarding Vietnam ("I Want to Kill You"), the repression of local law enforcement ("Oink, Oink, Oink"), hypocritical drug laws ("Legalize Marijuana"), sex ("Girls, Girls, Girls"), and even more contemplative esoteric concepts ("God"). Peel also takes on other sacred cows; "Pledge of Allegiance" is a parody that not only reaffirms his pro-pot perspective, but could likewise be interpreted as expressing anti-American sentiments. But that would be missing the point entirely, as Peel's anger and sarcasm are both well-founded and rooted in his love for the freedoms that the United States has stood for.
by Lindsay Planer 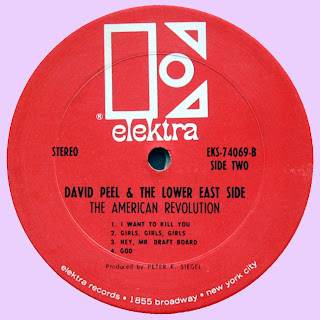