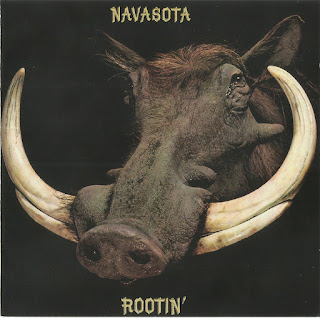 The Year was 1969. The new Blues Rock music had taken the country by storm, and five lads from Southheast Texas had their own vision of how to create this sound. Steve Long (guitar), Ray Pawlik (guitar), Dicky Sony (vocals), Lindsey Minter (drums), and Paul Minter (bass) formed the band Navasota!

By 1972, Navasota had signed a record deal with ABC Dunhill Records, and they were off to Los Angeles to record the album Rootin´. This album was produced by Gary Katz, and Donald Fagen and Walter Becker of Steely Dan fame!. “Rootin'” was best described as bluesy-rock.  Powered by Sony’s growling vocals, group-penned tracks such as ‘Western Boots’, ‘$2 Bill’ and ‘That’s How It Is (Playin’ In a Rock & Roll Band)’ were tight and fairly commercial, though they didn’t exhibit a great deal of originality.  Far less impressive were the bands’ stabs at country-rock.  Complete with pedal steel and whistling solo, ‘Ballad of a Young Man’ was outright embarrassing.  As for the Fagen-Becker number, well it was okay though the lyrics were largely indecipherable.

This one album appears to be Navasota’s entire catalog.  Baxter went on to a stint with The Doobie Brothers before continuing his collaboration with Becker and Fagen in Steely Dan.  ABC tapped the LP for a single in the form of ‘That’s How It Is (Playin’ In a Rock & Roll Band)’ b/w ‘P. Farm’ (ABC catalog number ABC-11332).  Wonder if the band were aware that the single also saw a Japanese picture sleeve release …

ABC-Dunhill sent the band out on the road where they were teamed with the likes of Boston and Lynyrd Skynyrd, but sales didn’t amount to much outside of their Texas fan base.  ABC subsequently dropped the band, though they seem to have stuck it out through the late 1970s.
Rockinoldies 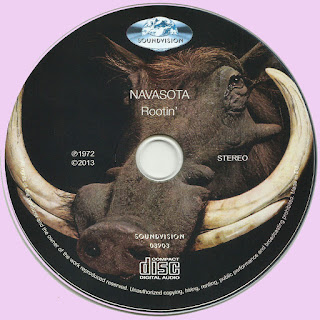 Free Text
Text Host
Posted by Marios at 9:24 AM 13 comments: