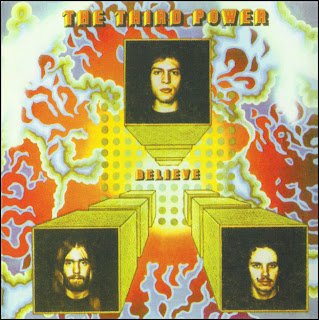 This three-piece hailed from Detroit, and formed as The Blewsies in 1967, with a line-up of Drew Abbott (guitar, vocals), Jem Targal (bass, vocals) and Jim Craig (drums). Living together in a rented farmhouse, they played all the local rock clubs, and issued a 45 on the tiny Baron Records in 1968 'We, You, I' / 'Snow'.

The disc received local airplay, but barely sold outside the area. Both sides are included as bonus tracks here. The band were soon supporting local heroes the MC5 and others at the legendary Grande Ballroom. By 1969 they'd signed a record deal with Vanguard, a predominantly folk label that was (largely unsuccessfully) branching out into psychedelic rock.

Produced by famed blues historian Sam Charters, the raw and heavy Believe was released in May 1970. 'A trio who manage to stay away from the Cream / Hendrix pitfalls and produce an album with some substance', wrote Circus magazine that July, while the American Record Guide commented that 'this trio has produced a record of above-average interest. The sheer volume output is staggering (as are the power and clarity of Vanguard's engineering), and there is enough musical interest in Drew Abbott's guitar-playing to hold the listener'.

Stereo Review were far less complimentary, stating that The Third Power sounds, on recordings at least, just as loud and just as overbearing as Grand Funk Railroad. Producer Sam Charters has been responsible for some of Vanguard's finest blues collections, but his powers of musical perception must have been out to lunch when he put this date together. This one is for masochists only.' 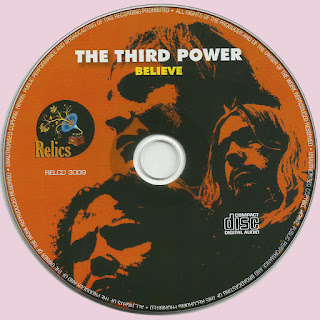