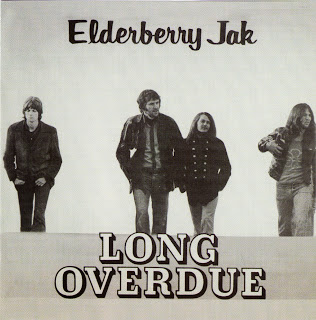 Imagine a time: Without cable TV, when more in-home screens  were black-andwhite than color. When FM radio stations were exceptions, not rules. When interstates and other four-lane highways were  in their infancy. We're talking more than 40 years ago, when much of the world seemed far more distant than now for those of us growing up on the north end of the Appalachian coal fields. It was a time when local musicians with dreams of rock 'n' roll success weren't sure music's stars could ever shine on someone from  these parts.

Elderberry Jak changed that with the release of "Long Overdue," on Nashville-based Silver Fox Records, which was owned by singer Kenny Rogers' brother Leland. Now, anyone with a computer can put their music in front of millions of potential listeners without ever leaving home. They just record the songs and upload them to Web sites like MP3.com. Randy Worsham, a singer/songwriter I played bass for in Spingfield, Mo., a few years ago, has done that. So has Joe Cerisano, Elderberry Jak's lead vocalist, with his more recent work.

When "Long Overdue" first made its way onto vinyl, however, home computers as powerful as the Commodore 64, the 64 standing for 64 kilobytes of random access memory, were still on the drawing board. Most of us send email photos today that are larger than 64K! Back then, the hotspots in the still-young rock universe seemed as far away from north central West Virginia as the stars in Orion's belt. Things were happening in L.A., London and New York. Geez; Pittsburgh was a two-hour trip back then! Many of us who practiced in garages to play weekends in tiny little clubs around there took heart and hope in Elderberry Jak's success. Heck, I played covers of several "Long Overdue" cuts; "Changes," "Forest on the Mountain," Wishing Well," and "Vance's Blues."

"Little Joe," the late Dave Coombs, Joe Hartman and Tom Nicholas were several years older. I started playing locally, keyboards back then, after their debut album was recorded and released, and they'd gone on the road to support it. Dozens of Volkswagens now sit in the parking lot of what was, back then, The White House - along U.S. 119, north of Morgantown, almost to the Pennsylvania state line. To this second, I can recall the butterflies I got as a teenager the night. I first played there as a member of a Fayette County, Pa., band called Brimstone. Like the guys in Jak, my bandmates were several years my senior. A couple of them had jammed with Cerisano and Coombs when they were still part of J.B. and the Bonnevilles, pre-Elderberry Jak. All night long during that first White House gig, I willed us to be as good as Jak; but not with the goal of getting a record deal. At that point, none of us had even started working on original material.

Rather, my wish simply was that we use the stage, and those four 45-minute sets, as well as Elderberry Jak did because they showed all of us that it could be done. Even coal-patch musicians from this part of the world had a shot at realizing our goals if we let the music do the talking and respected it... worked at it... as much as some of those who'd crossed that stage before us. The White House was the only nightspot I ever played that Jak had ruled around here before recording "Long Overdue." As a result, the nights spent on its stage are among my fondest musical memories. Meeting Joe Cerisano also is among them. He continues to sing songs on the soundtrack of my musical dreams.

Inspiration provided through the years by "Long Overdue" helped me achieve much of what I had hoped to in music. Some goals remain, so I keep listening to Jak to remind me that it's never too late. Some might argue; but from here, it seems Jak was ahead of its time. Listen to Hartman's pounding double-bass footwork on "Vance's Blues"and "Changes," for example. Jon Bonham, of Led Zeppelin, was playing that way back then. But most of the others - Alex Van Halen, Tommy Aldridge (Black Oak Arkansas, PatTravers and Whitesnake), Denny Carmassi (Montrose and Heart) were at least a few years away from the spotlight.

Nicholas' guitar work rivals the kind of thick, chunky and powerful hard rock riffs that helped Joe Walsh become a star with The James Gang, which he parlayed into a successful solo career and a long stint as arguably the most brash member of The Eagles. Coombs' bass made every song work. He kept the rhythm with Hartman while using every inch of his guitar's fingerboard to find just the right notes for every measure of every Jak original. Measure Cerisano's talent by the full body of his professional work. First with Jak, later with Silver Condor and as an alwaysworking studio musician, and more recently on solo releases and tours with the Trans Siberia Orchestra, "Little Joe" remains big on the ability to lend just the right touch to every lyric he sings.

What we have here is proof that these four men, together, made and played their music from the heart and soul. That this wonderful album has made its way to CD is a blessing beyond belief.
by Tim Lilley 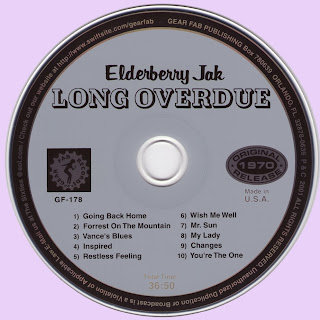