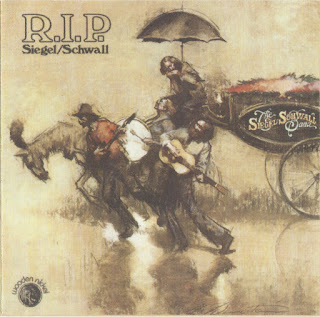 R.I.P. Siegel/Schwall was the band’s swansong, of sorts. The Siegel-Schwall Band had broken up in February 1974, around the time of the release of Live: The Last Summer, but Wooden Nickel asked them to come up with one more studio album. The fittingly-titled R.I.P. Siegel/Schwall was released later that year; a collection of cover songs by the band’s favorite artists, the eclectic track list runs the gamut from John Prine and Little Richard to Little Walter, Muddy Waters and, of course, Jimmy Reed. Prine’s “Pretty Good” is bluesed-up pretty good with melodic harp-play that emphasizes the lyrics while Nappy Brown’s “Night Time Is The Right Time” offers red-hot rhythm and blues in a mighty fine performance.
After a decade on the road together, the band members decided that it was time to pursue other musical opportunities. R.I.P. Siegel/Schwall would be their last album for fourteen years; The Siegel-Schwall Reunion Concert, with the legendary Sam Lay taking over on drums, was released by Alligator Records in 1988. The band would also release a studio album of new songs titled Flash Forward on Alligator in 2005, and they’ve toured together as recently as 2014. The Siegel-Schwall Band may not receive the respect heaped upon similar blues-rock trailblazers, but their influence continues to resound with contemporary artists.
Nashville-based blues guitarist Mark Robinson grew up in Indiana, where he witnessed the Siegel-Schwall Band perform live. “I loved the power of Muddy and Howling Wolf, but I also loved the energy of Butterfield and Siegel-Schwall,” he remembers. “I felt that I might someday be able to play blues after hearing these younger guys doing it so well.” Robinson agrees that although the band “is not as well-known and not as influential as their contemporaries…their records were great and their performances were really strong. Elements of country-blues and jazz were more evident in their recordings than most of the other Chicago blues artists.” In the end, Robinson concludes, “I think their influence in Chicago and in the Midwest was considerable.”
by Rev. Keith A. Gordon, January 4, 2019 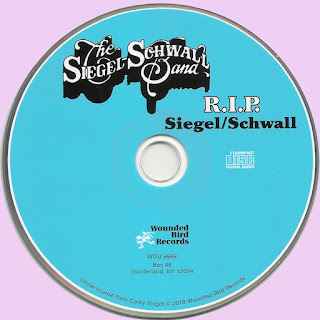