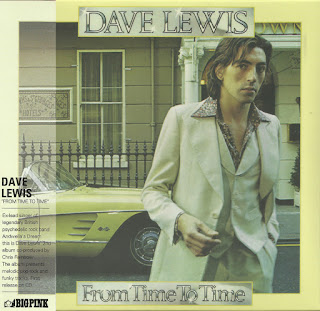 David Lewis began playing guitar and piano and writing songs at a very young age, appearing in talent contests and on local TV in Northern Ireland.

In 1967 he joined psychedelic band The Method who became Andwellas Dream in 1968. In 1969 while still a member of Andwellas Dream, he recorded some of his songs for a publisher's demo album "The Songs Of David Lewis". Intended as a calling card for his song-writing skills, this was a very limited private pressing, probably only a few hundred copies made, and is now a major rarity.

Andwellas Dream released three albums between 1969-1971, the last two under the name Andwella. The band also worked on David Baxter's solo LP during this period. When Andwella split, David pursued a solo career.

Two solo albums emerged on Polydor Records, "From Time to Time" in 1976 and "A Collection of Short Dreams" in 1978. The former is soft melodic AOR, the latter more uptempo soul. Both are difficult to locate but are bound to be somewhat of a disappointment to those expecting something in the vein of Andwellas "Love and Poetry" album. However the songs are well written and the playing excellent through. Not a million miles away from Boz Scaggs mid-70s records.

Dave has also written many songs for other artists including "Happy To Be On An Island In The Sun", which was a worldwide hit for legend in his own lunchtime Demis Roussos.

Disambiguation: No connection to the David Lewis who recorded the "Just Molly & Me" LP for Tiger Lily Records.
Irish Rock 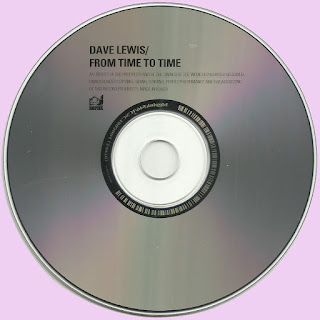 Free Text
Text Host
Posted by Marios at 4:54 AM 3 comments: