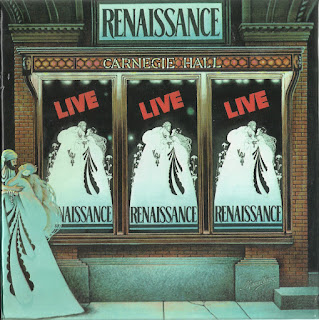 In 1976, British progressive/symphonic rock/folk act Renaissance released of the greatest live albums the genre has ever seen, titled Live at Carnegie Hall. It's a double live album that doesn't get nearly the credit it deserves, but all its majesty is contained here on this new box set from Esoteric Recordings, along with some incredible bonus material.
Recorded during three sold old nights at Carnegie Hall in New York City on June 20, 21, and 22 of 1975, the band were touring in support of their Scheherazade and Other Stories album, which was a month away from its actual release when these performances happened. Along with the Royal Philharmonic Orchestra and choir, the band launched into "Prologue", the great classical inspired piece from their album of the same name, mostly a soaring instrumental with some accompanying vocalizations from Annie Haslam and the band.
A great way to start the show. The lovely, folky "Ocean Gypsy" follows, Annie's enchanting vocals drifting between Michael Dunford's delicate acoustic guitar, Jon Camp's muscular bass, and John Tout's majestic piano & synths. For this release, "Kiev" is put back into the set, originally played those evenings but never included on the original live album due to time restrictions, and fans will be thrilled to finally hear this song back in its rightful place, Camp & Haslam singing lead vocals side by side. In fact, the bassist puts on a clinic on this one, his Rickenbacker bass saddling up next to Tout's gliding piano for some virtuoso passages that will amaze any prog-rock fan. "Can You Understand" makes a glorious appearance, one of the standout tracks from the Ashes Are Burning album, the band firing on all cylinders with this classic track as they start with bombastic classical & rock before the quirky folk middle section, eventually finishing it up with more symphonic rock fury. Spectacular on every level. Pop, folk, and classical collide for the engaging "Carpet of the Sun", and the band then dip into their popular Turn of the Cards album for "Running Hard" and the legendary "Mother Russia", two timeless gems from the bands catalog and both exceeding 10-minutes in length.
Over to disc two, the band preview the title track "Song of Scheherazade" of their soon to be released album, all 23+ minutes and nine sections of it, including an explanation from Camp as to the story of the piece. The orchestra plays a big part here, and once again Renaissance proves to be a band that perfected the whole 'rock band meets orchestra' concept. Sweeping, majestic, and glorious, Haslam & Camp take turns at the microphone over sumptuous sounds from the band and orchestra as together they bring Scheherazade to life for the audience for the very first time. And if that wasn't enough, how about a 23-minute version of "Ashes Are Burning" to cap things off? Complete with some lengthy bass solos from Camp and a breathtaking climax, the band & orchestra are on complete fire here, Haslam bringing down the house with her 5 octave range. To have been in the audience on any of these three nights must have been quite the experience.
Over on disc 3 Esoteric have thrown in a BBC Radio One 'In Concert' performance from March 25, 1976, containing a trimmed down set from the Carnegie shows, featuring "Prologue", "Running Hard", "Ocean Gypsy", "Mother Russia", and of course "Song of Scheherazade", all of it thrilling to no surprise. The clamshell box set also includes a cool booklet with photographs and an essay, and the cardboard sleeves housing the CD's all replicate the live photographs from the original LP. The remastered sound is fabulous, so if you are at all on the fence about replacing your original CD version with this one, don't be...this is now the ultimate Live at Carnegie Hall to have in your collection.
by Pete Pardo, August 11th 2019 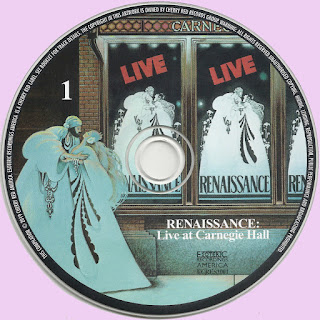 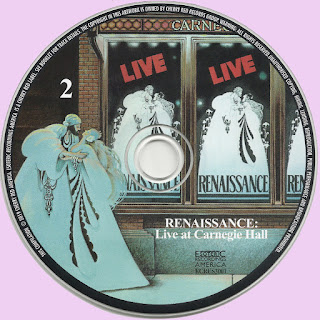 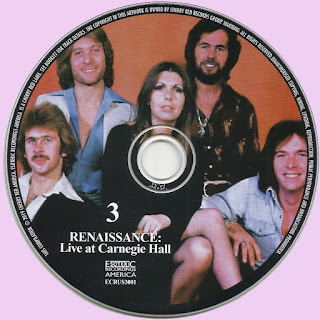