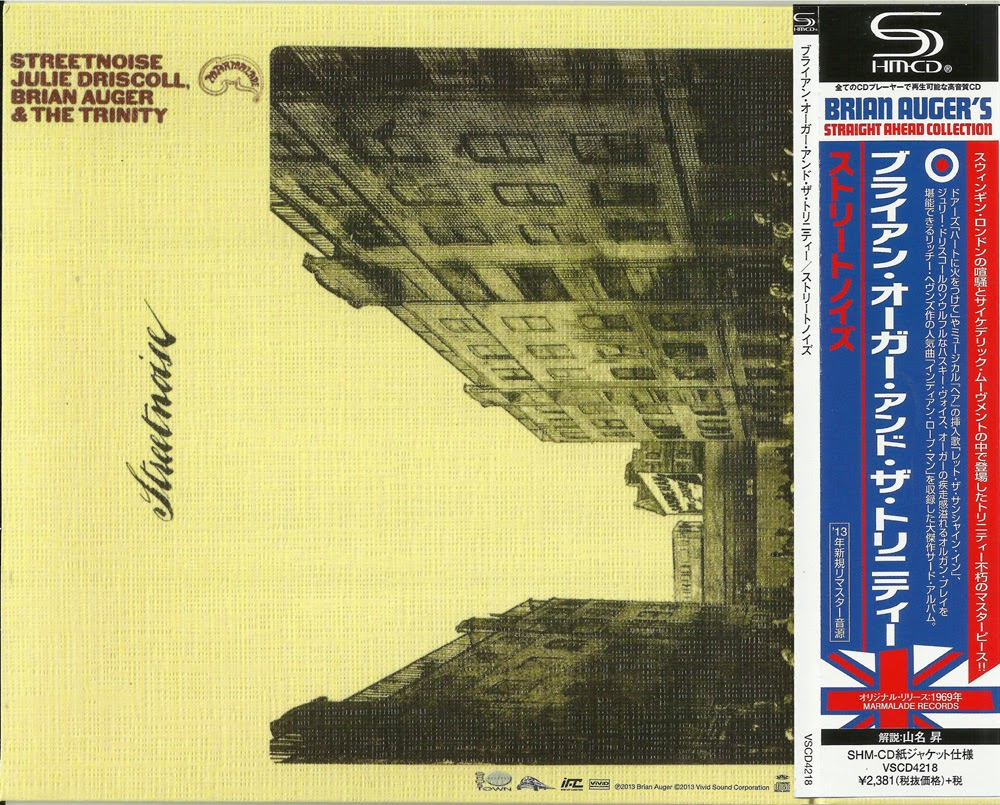 (The approach developed in Open and Definitely What come to fruition in the release of Streetnoise (1969) oft cited as the first fusion recording. An impressive range of diverse influences results in the musical soundscape varying from some very funky organ freak outs, a hip cover of ''Flesh Failures'' (from the musical Hair) through to the mind blowing progressive jazz/rock of ''Ellis Island'' - and culminating in the haunting high point Driscoll's vocal version of Miles Davis' ''All Blues'' a strange and haunting rendition that will undoubtedly open up ears all over again when heard for the first time.

Brian Auger's contribution to music has been considerable, someone who has demonstrated a rare devotion and dedication and who has always been prepared to make sacrifices for what he believed was right. Today, and perhaps belatedly, he is finally acknowledged as one of the most considerable influences in the development of new musical forms, based upon the fusion of two elements, pop and jazz.)

The final collaboration between singer Julie Driscoll (by that time dubbed as "The Face" by the British music weeklies) and Brian Auger's Trinity was Streetnoise in 1969, an association that had begun in 1966 with Steampacket, a band that also featured Rod Stewart and Long John Baldry. As a parting of the ways, however, it was to be Trinity's finest moment. A double album that featured 16 tracks, more than half of them with vocals by Driscoll, and the rest absolutely burning instrumentals by Trinity (which was Auger on organ, piano, electric piano, and vocals), Driscoll on acoustic guitar, Clive Thacker on drums, and Dave Ambrose on bass and assorted guitars.

"Tropic of Capricorn," an instrumental Auger original, kicks the set off in high gear. It's a knotty prog rock number that has near key change elements of Memphis R&B. it sounds better than it reads; it twists and turns all around a minor key figure that explodes into solid, funky major seventh grit with Thacker double timing the band. Driscoll enters next with "Czechoslovakia," a wide-open modal tune that hints at the kinds of music Driscoll would explore in the very near future on her debut 1969 and later with her future husband Keith Tippett. Broken melody lines and drones are the framework for Driscoll to climb over and soar above, and she does without faltering before she slides into the traditional gospel tune, "Take Me to the Water." And this is how this record moves, from roiling progressive rock instrumentals and art songs, rock style, to inspired readings of the hits of the day such as "Light My Fire," "Flesh Failures (Let the Sunshine In)" from Hair, and one of most stirring readings ever of Laura Nyro's "Save the Country" that closes the album. "Indian Rope Man," is a burning, organ-driven churner that fuses Stax/Volt R&B funkiness with psychedelic rock and jazz syncopation.

Driscoll's vocal is over the top; she's deep into the body of the tune and wrings from it every ounce of emotion possible and then some. Auger's organ solo is a barnburner; reeling in the high register, he finds the turnarounds and offers his own counterpoint in the middle and lower with enormous chords. The rhythm section just keeps the groove, funking it up one side and moving it out to the ledge until the coda. Another steaming rocker is "Ellis Island," with it's dueling Fender Rhodes and organ lines. it may be the finest instrumental on the album. "Looking in the Eye of the World" featured Driscoll in rare form singing in her voice's lower register accompanied only by Auger's piano on a blues moan worthy of Nina Simone.

Streetnoise was a record that may have been informed by its era, but it certainly isn't stuck there, especially as the 21st century opens. The music here sounds as fresh and exciting as the day it was recorded. The sound on the reissue is completely remastered and packed in deluxe form; it all adds up to a must-have package for anyone interested in the development of Auger's music that was to change immediately after this record with the invention of the Oblivion Express, and also for those interested in Driscoll's most brave, innovative, and fascinating career as an improviser who discovered entirely new ways of using the human voice. Streetnoise is brilliant.
by Thom Jurek 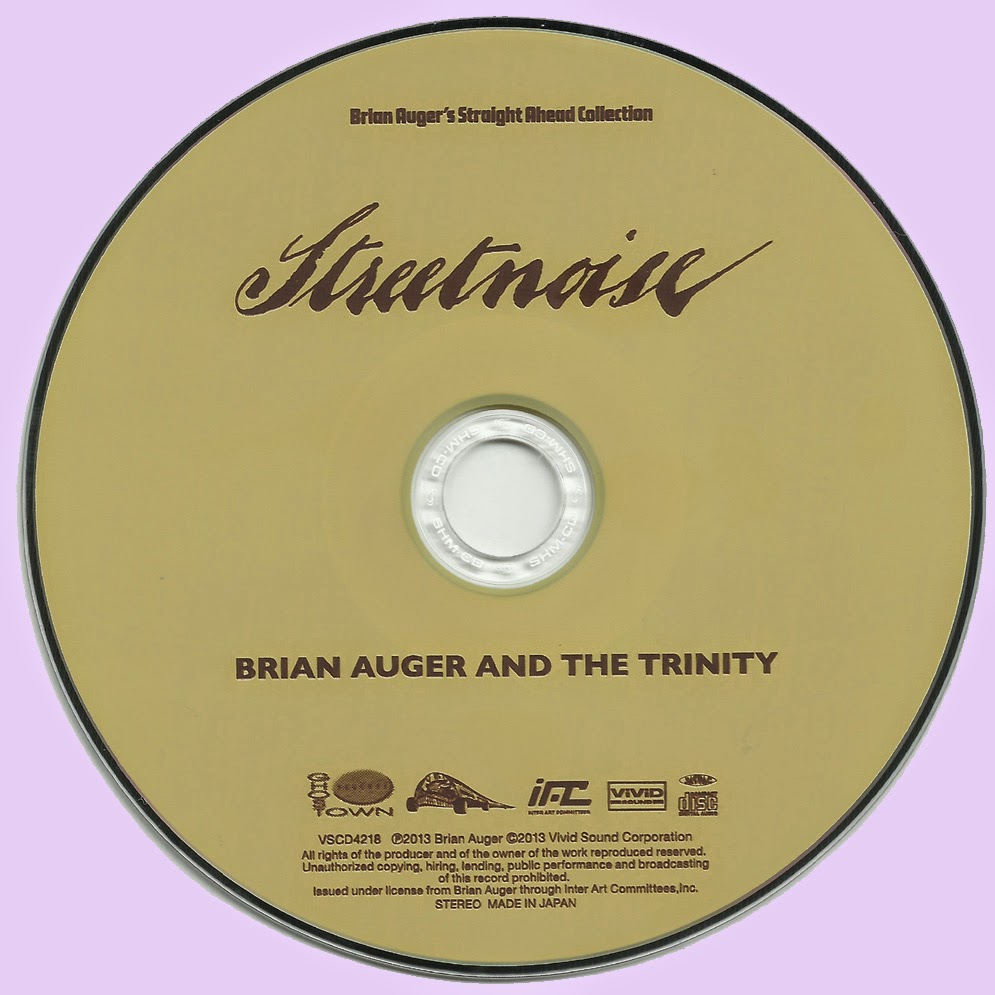 Free Text
Text Host
Posted by Marios at 1:33 AM 6 comments: