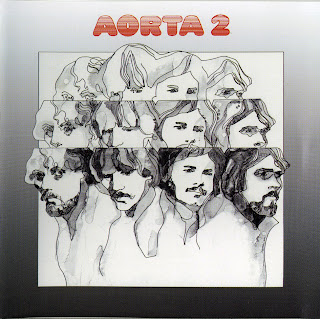 During the mid-'60s, the members of Aorta -- originally hailing from Rockford, IL -- had previously been in a group called the Exceptions. Early members of this group included Kal David (later of Illinois Speed Press and H.P. Lovecraft), Marty Grebb (the Buckinghams), and Peter Cetera (Chicago). The Exceptions were a soulful, if unremarkable, Top 40s cover group who were nevertheless acclaimed for their "exceptional" musicianship.

They were one of the more popular acts on the greater Chicago local scene, and released a handful of singles on numerous Midwest labels -- Tollie, Cameo, Quill -- and for L.A.-based Capitol. For the last of these releases, the band dropped the "s" from their name and began calling themselves the Exception (a compilation for the Collectables label, The Quill Records Story, collects two of their singles).

They also recorded an EP called "A Rock & Roll Mass for the Flair label; it featured six different rock songs with words taken from various religious prayers. As each member of the group -- with the exception of bassist Peter Cetera -- already had an eye toward expanding their original material to include a more "psychedelic" sound, they soon reconfigured themselves as Aorta, and, in late 1968, recorded a single for Atlantic.

Eventually, producer Bill Traut (American Breed) approached them on behalf of Dunwich Productions, Inc., and -- with Bobby Jones taking over on bass after Cetera's departure -- they accepted his offer to record their debut album for Columbia in 1969. They recorded two albums under the name Aorta. The first of these, the self-titled Aorta, is today highly acclaimed as a lite-psych album of some minor renown, and though it managed to chart on Billboard's album charts, it failed to do what was expected.

A revised version of the group -- still led by Jim Donlinger and now featuring Michael Been on bass/guitar/vocals -- recorded the drastically different second album, Aorta 2, for the Happy Tiger label. Jim Donlinger -- who along with his brother and Jim Nyeholt (during a brief period between the two albums), had all played in the Rotary Connection -- later left Aorta to join Lovecraft (formerly H.P. Lovecraft, who were signed to Reprise at the time), while Billy Herman would eventually move on to join New Colony Six.

Michael Been later played with Moby Grape members Jerry Millerand Bob Mosley in Fine Wine, and ultimately achieved his biggest success with the Call. Been is also the father of Robert Turner of Black Rebel Motorcycle Club. The original Aorta later re-formed (joining another great Chicago-area group, the Cryan' Shames) to do promo spots for the U.S. Armed Forces on a very rare promotional LP. They've appeared on numerous compilations over the years.
Garage Bands 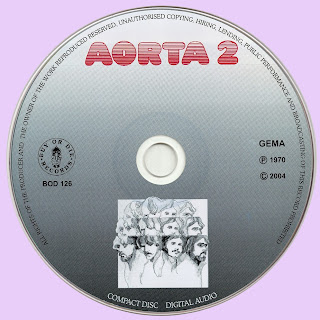