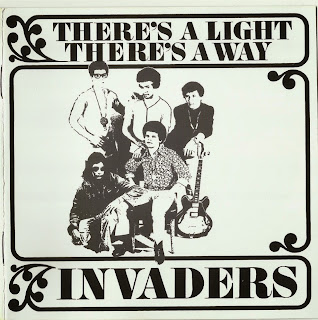 The rise of The Invaders to the pinnacle of South African pop and rock stardom can be traced directly to the 1961 Cliff Richard & The Shadows tour in Port Elizabeth, South Africa. After seeing the show twenty one year old John Burke confidently declared “I was born for show business and someday I’ll be famous like The Shadows” - these would be prophetic words. Armed with a battered guitar he formed his first group called The Astronauts, the first pop band in Uitenhage but after several live dates that band splintered. Undeterred John and guitarist Errol Gobey continued in various groups including an embryonic Invaders before settling on the classic line up of John Burke-bass; Joe Moses-lead guitar ; Errol Gobey- guitar and Dave Burke –drums in 1963.

Over the next 3 years The Invaders proceeded to play every 'session', 'school hop' dance party and talent competition available, often thrashing the opposition bands. Word of mouth about their energetic live performances and in 1967 they released their debut album “Two sides of The Invaders” which rapidly achieved gold status. In December of that year they released the “Shockwave” single (also available on the “Astral Daze 2” compilation)– a seminal, fuzz drenched guitar workout that seemed to preempt the coming psychedelic revolution. This track climbed the South African charts peaking at No.10 and earning them a gold disc-the “Shockwave” single and album was a huge success” recounts Gobey, we toured the whole country and according to the media

The Invaders were South Africa's top band”. This success is confirmed by the band's fan club which at it's peak had over 50,000 members, rivaling that of The Beatles and Rolling Stones. Another two successful albums, “One more time” and “New image” were released before the band embarked on a European tour. Hassled by red tape and permit problems but inspired by the rock explosion in the countries that they played in, the band returned to South Africa with a new vision and direction for the next album.

Now joined by vocalist Lionel Petersen and organist Rodger Pillay they entered the studio to record “There's a light, there's a way”. Gone were the guitar driven pop instrumentals and light pop tunes of previous years and in it's place was a more contemporary sound, incorporating elements of funk, prog rock and psychedelic soul. “Turn on the sun”, with it's layered vocal harmonies manages to bridge the divide between early '70s soul and pop whilst the funky “Ocean of peace” wouldn’t be out of place on a Rare Earth album ; awash with swirling Hammond and driving guitar work the pastoral “Astral III” is the perfect counterfoil to the Grand Funk like “Astral II”. With a nod to The Kinks' “You really got me” the stomping riff of “I need you” is the platform for Joe's searing guitar solo.

Tackling a Stones classic like ‘You can’t always get what you want” is a daunting task for any band but The Invaders 'soulify' the tunes with soaring vocals, funky piano/organ lines and some jazzy flute making it one of the best covers in rock history.The original album is boosted by the inclusion of two bonus tracks; a raw version of Creedence's ‘Born on the bayou” and an earlier psych tune “Painter Man”.

With the long overdue release of ‘There's a light, there's a way”, The Invaders rightfully take their place alongside other shining lights in the rock firmament like Freedoms Children, Otis Waygood, Hawk, Suck and Abstract Truth.
by Benjy Mudie, May 2010 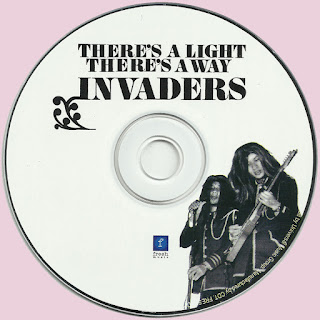 Free Text
Just Paste
Posted by Marios at 4:48 AM 11 comments: