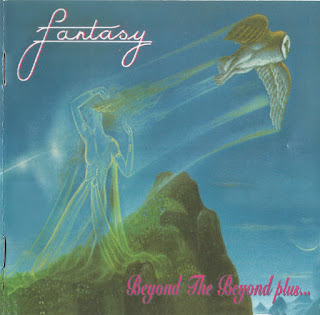 Hailing from Gravesend in Kent, Fantasy formed in 1970 and were originally known as Chapel Farm, after their rehearsal space. The original line-up was Dave Metcalfe (keyboards), Paul Lawrence (guitar / vocals), Bob Vann (guitar), Dave Read (bass) and Brian Chatham (drums). Initially they focused on cover versions, then began to develop their own material, and decided to enter themselves in Melody Maker's annual 'Search' talent contest. On the day of their heat at a hotel in nearby Cliftonville, the band became concerned when they lost sight of Vann, who had been celebrating his 18th birthday with various drinks. To their horror they realized that he had fallen off a cliff and was lying on the beach below. An ambulance was summoned, but he died on the way to hospital.

Following that blow Chatham also departed their ranks, but the band decided to persevere with new members Pete James (guitar) and Jon Webster (drums), both recruited from a local band named Joy. With a new name of Firequeen, they rehearsed hard and scored support slots with bands including
the Pink Fairies and the Edgar Broughton Band. When they sent a demo tape to numerous labels, Polydor expressed an interest, on the understanding that they changed their name to Fantasy – a name they never liked, but decided to put up with.

A contract was duly signed in the spring of 1973, and the band set about recording their LP in Chipping Norton Studios, Oxfordshire, with producer Peter Sames (who'd recently overseen another cult favourite, Bored Civilians by Cross & Ross, as well as collaborating with hitmaker Peter Skellern).

The album they cut was a superb piece of Moody Blues-inspired prog rock, featuring beautifully textured songs with strong melodies and sublime Mellotron flourishes. Especially notable was The Award', a tribute to their late guitarist Vann. Trailed by an equally rare brass-laden 45, 'Politely Insane' / 'I Was Once Aware' (Polydor 2058 405), which appeared in October (and features a non-LP B-side), the album appeared that winter as Polydor 2383 246, clad in a colourful gatefold sleeve. Its working title was Virgin On The Ridiculous, but fortunately they ended up retitling it. It could have done very well, but Polydor chose not to promote it - perhaps because the band had not committed to music full-time (they still had day-jobs).

Following its release they played a few gigs, including one at the Marquee supporting Queen, but momentum failed to build. Nonetheless, they remained upbeat, returning to the studio with Sames in July 1974  The sessions, The tracks finally emerged two however, did not go smoothly, decades later, as Beyond The and when Polydor rejected the Beyond, confirming that justice is tapes, Metcalfe decided to quit, rarely done in the music business...
CD Liner Notes 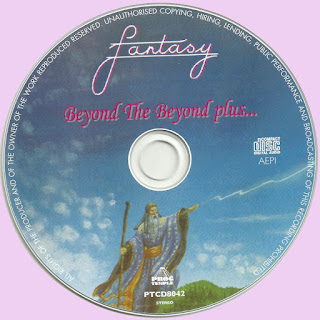 Free Text
the Free Text
Posted by Marios at 8:01 AM 1 comment: