Cosmic Michael - After A While (1970 us, psychedelic rock) 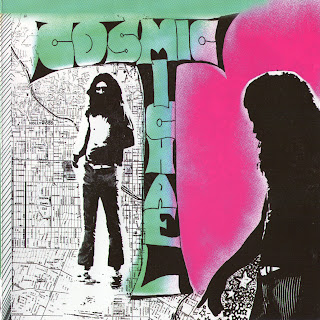 "'I am a child of Woodstock nation, I've come a long way from my home...' So sings the one and only Cosmic Michael, on this the opening track of his second album released by the Bliss label in 1970. An album now high on serious psych collector wants lists too... Cosmic Michael.

Well, some regard him as a 'Godhead,' the ultimate spiritual hippy, with songs of love, freedom & peace, all delivered with just piano, vocals and kazoo(?)...A true guru... But, what of the music? I guess these days you'd call it loner psych, but back then the term 'freak rock' might have been applied to such a release.

After his eponymous, and equally enigmatic debut album released a year earlier, he'd witnessed the Woodstock festival, absorbed the vibe, and relocated to Los Angeles where he then recorded After a While, seemingly quite quickly...'I've seen The Who, and Ten Years After, Jefferson Airplane they nearly blew my mind....' The nine tracks on After a While are stoned '60s DIY rock 'n'roll.

You can call it lo-fi or home made, but the message remains: Cosmic Michael preaches love and freedom, and he's a mean boogie-woogie player too. The songs run one after the other, as if part of one spontaneous recording -- the moment one ends, he's into the next, and so on. After a While is of its time, a snapshot of innocence when it was believed music could change the world, and maybe it will yet." 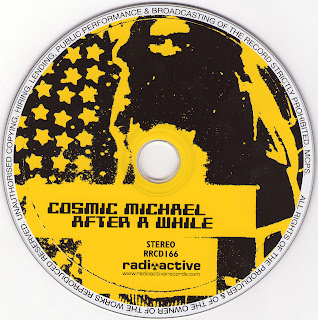