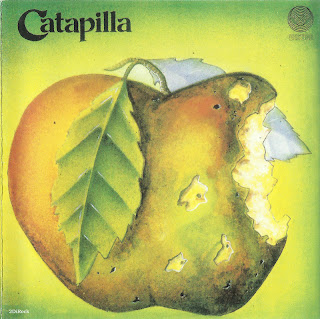 Their brand of experimental Jazz Rock brought them to the attention of Orange Music, a management company who also handled John Miles, and they arranged for the band to showcase their set to an invited audience of Music Industry people. Black Sabbath manager Patrick Meehan picked up on the band and offered to produce their debut LP. However before he got them to the studio vocalist Jo Meek left and was replaced by her sister Anna.

The band's self titled debut LP (Vertigo LP 6360029}, produced by Meehan, was released in late 1971 and mint copies of it are today worth around £40 on the collectors market. To support the release the band headed out on a nationwide tour with fellow Vertigo acts Graham Bond and Roy Harper. However the age old "musical differences" reared its ugly head before the group entered the studio to record their second LP resulting in Eaglestone, Frith, Rheinhart and Taylor quitting to be replaced by Bryan Hanson (drums), Ralph Rawlinson (keyboards) and Carl Wassard (bass).

It was this line up that recorded 1972 's "Changes" LP (Vertigo 6360074), a much more instrumental affair than their debut. Soon after the album's release though the band split up. Most of the members pursued non-recording musical careers though Calvert did record with John Stevens and Taylor popped up in Liar. It was Eaglestone however who kept the name Catapilla alive, opening two collectors record shops in Exeter and Taunton.
by Mark Brennan

Catapilla released two highly original albums on the legendary Vertigo-"swirl" label. Their style was jazzy, sax-driven progressive rock with lengthy tracks. They really don't remind me of any other band, with the possible exception for "Tumbleweed" and "Promises" that both reminds me a little bit of Affinity (another Vertigo-"swirl" band). The album opens with the 15-minute "Naked Death".

It features heavy sax-work, powerful vocal-parts with the aggressive, tormented female vocals of Anna Meek, and a long jam in the middle. What really gave Catapilla their distinctive stamp were probably the vocals of Meek and the atmospheric sax-playing. The highlight on the album is of course the 24-minute "Embryonic Fusion". An intense blowouts of energetic, saxophone-driven early 70's jazz-influenced progressive rock. It features great jamming and some structured and strong riffs too. A good album for anyone who likes saxophone-dominated progressive rock.
Vintage-Prog 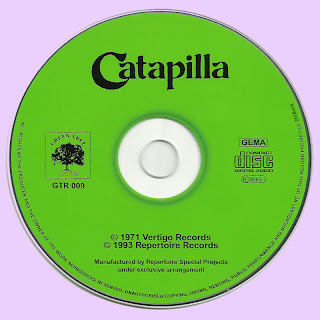 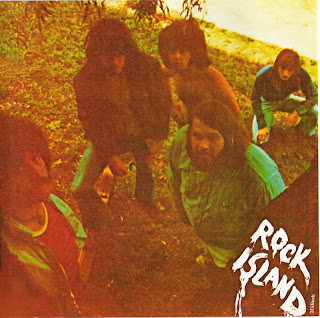 Rock Island formed in 1969 in Philadelphia and had a few different line-ups before the final members that recorded this album, which consisted of Cobb Bussinger (keyboards, vocals), Mike Kennedy (guitar, vocals), Frank Schallis (drums, vocals), B.J. Taylor (lead vocals), and Tony Curcio (bass). Three of the members-Cobb, Mike, and Frank -were previously in a band together named The Many Few.

Rock Island played throughout Philly at many of the Belmont Plateau and Pennypack "Be-lns," held outside in city parks, and coffee houses like Hecket's Circle and built a very good local following. The Group recorded a 4-song demo and went to New York to shop it. They called every record company in the city and made as many appointments as possible. One producer that really liked the demo was Jeff Hest, with Project 3 Records, which was a fairly new label founded by Enoch Light. Enoch liked the band very much and signed Rock Island to a one-LP contract. Jeff Hest was assigned as producer for the band and made many trips to Philadelphia for the purpose of choosing material for the upcoming album.

Once the songs were chosen, the band started recording at A&R Studios in New York City and made multiple trips to New York to record a few songs each trip. The single Hard and Never Easy was released at the same time as the album and was successful in the mid-west and some areas of Europe. The band made their New York debut at Ungano's, opening for Rod Stewart and the Small Faces and played many times at the Electric Circus in New York. The band took on three managers who arranged for the group to rehearse in the soon-to-be-opened Playboy Club on Broad Street in Center City Philadelphia.

A few nights each week the band would allow passers-by to come in and watch their set, which provided a lot of great feedback while putting together their live show. The band also acquired a limousine, which proved to be a lot of fun travelling to gigs and back and forth to New York. In May of 1970, when the band was at their peak musically and rehearsed to perfection, the Kent State University massacre took place, where four students were killed and nine wounded after being fired upon by the Ohio National Guard. This event caused many universities and colleges to cancel their summer concerts, hence cancelling many of Rock Island's concerts and leaving the band ready and willing to perform but with no available venues to play. Over the next few months the band, having no clear plans, started having internal problems and eventually one of the members left, then another.

After replacing the missing members, the music was never the same, and the band lost impetus and direction. At this time, Project 3 offered Cobb Bussinger and Frank Schallis a contract to record another LP with the condition that they were the sole writers. Bussinger/Schallis, having been a writing team for 10 years, accepted the deal and hired former Rock Island guitarist Mike Kennedy and added Ric Criniti as bassist. The new band was named RAIN and recorded one album with Project 3 Records in 1972. Frank Schallis passed in 2000, Mike Kennedy in 2006.
by Cobb Bussinger,  El Paso, Texas, February, 2010 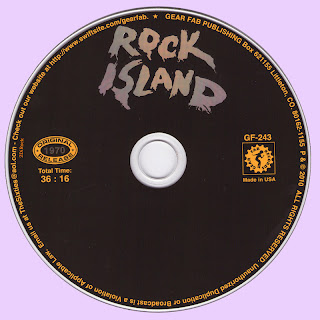