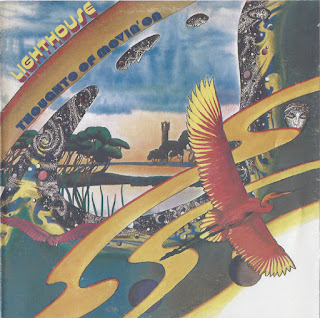 This 1971 Lighthouse album was produced by Jimmy Ienner. The album starts out on a strong note with "Take It Slow (Out In The Country)." It boasts a memorable melody and an impassioned lead vocal by Bob McBride, and should have been a big hit. The same could be said for the song "I Just Wanna Be Your Friend," which was written by Keith Jollimore and Larry Smith. Another highlight of the album is the love song "I'd Be So Happy." That song was covered by Three Dog Night, but has inexplicably not appeared on any Lighthouse compilation.

The late Bob McBride wails away on the rockers "What Gives You The Right," "Fly My Airplane," and "Insane." Bob also turns in heartfelt vocals on the power ballads "I'm Gonna Try To Make It" and "Walk Me Down" (written by Bob McBride). My least favorite track is "You And Me," written and sung by Howard Shore. Howard is a much better saxophonist than a vocalist.

The rocking "Rockin' Chair," co-written and sung by Skip Prokop, is almost a novelty song. Although somewhat uneven, this album is an essential purchase for all fans of Lighthouse, along with the albums "One Fine Morning" (1970), “Lighthouse Live!” (1972), and "Sunny Days" (1972).
by Michael King 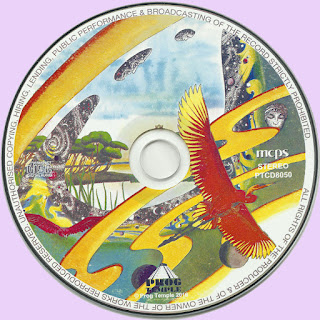 Free Text
Text Host
Posted by Marios at 7:53 AM 9 comments: