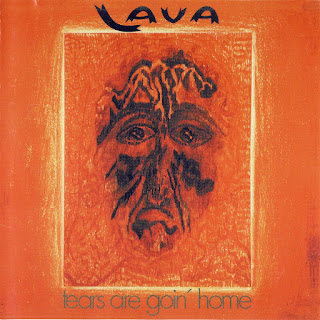 Lava included - so it is at least in the booklet of the CD reissues to read - after its founding in 1971 to the attractions of the Berlin underground rock, although (or because) the group was rather rare concerts. Apparently, Lava a jam band, were at the forefront in the spontaneity and joy, not musical perfection and compositional sophistication. The group was thus a typical Krautrock formation, which in addition contemporary living together as a collective community. In 1973, the group with Conny Plank on their only album. Shortly thereafter, lava broke apart.

"Tears are goin 'home" is stylistically not so easy to define, and not necessarily "Kraut typical ". Somewhere at the intersection of folk rock, psychedelic and space rock music from Lava is located. The title track offers purebred space rock a la Hawkwind, as you would expect it from a German band hardly typical for the genre somewhat monotonous and repetitive, full of swirling and crashing electric guitar sounds. Amazingly enough (usually located space rock productions not so sure to draw large variety of wealth) already moves the next piece in completely different musical realms.

"Crimes of Love" is a slightly stoned rocker with beautiful flute use and behaviors approach wafting swirling organs, which would rather fit to a group of the late 60s of the U.S. West Coast, as a rock community from Berlin. Similarly, neo-psychedelic and folky-progressive, the disc goes on. Beforehand but you have to "Would you be better run" through a fairly shallow Tralala-folk song with gossip rhythm. With "All my love you two," a rocker with oblique iconic croak vocals (reminds me Malcolm Mooney, of the early Can) and psychedelic organ parts, but it will be interesting again. The remaining three numbers follow a similar style. Psychedelic-folky-bluesy, mostly reluctant carried forward jams are where messed rock the instruments more or less awake and tormented, rough vocal sound. The perfect soundtrack to a joint can revolve in a relaxed atmosphere!

The only album of Lava has partially somewhat amateurish acting, but quite independent music, but all in all to behave and something has got monotonous. A few more tilted and more experimental excursions, a little Rumpeln and Krachen had a good thing for the music. So the whole ripples - except for the first track - about his three-quarter-hour duration somewhat anticlimactic from the speakers (if the listener has not been previously prepared with appropriate mind-altering substances) always nice to hear the music .
by Adamus67 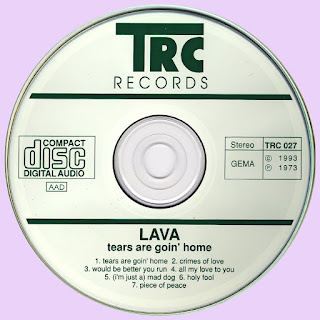