The Amboy Dukes - Journey To The Center Of The Mind (1968 us, outstanding hard garage psych, 2018 japan remaster) 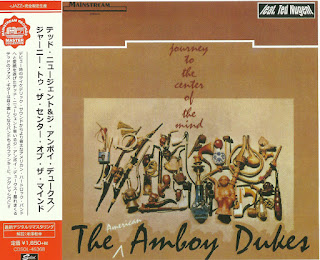 In early 1968 the Dukes went on to studio to record their second album "Journey to the Center of the Mind", it was released in April 1968, on the local "Mainstream" label.

The title track, which Nugent wrote the music for Steve Farmer's lyrics, was released as a single and climbed the U.S. pop chart to number 16. Despite its apparent drug related theme, Nugent himself claims to have "never smoke a joint...never done a drug in my life. I thought 'Journey to the Center of the Mind' meant look inside yourself, use your head, and move forward in life".

This raw heavy acid psych gem was recorded amidst a whirlwind of lineup changes, many of them due to Nugent’s commandeering of the band and then firing everyone who, lyrics notwithstanding, struck him as a wee bit too pro-drug for real life.

At this point in time, the Nugent was an ambitious but interesting guitar player who was excessively hairy and liked jumping on top of things (moving cars, battle of the band judge tables, speaker cabinets, etc.). After his raging tours and hits of the late 70s, he quickly turned into a conservative caricature with a remarkable talent for being simultaneously entertaining and vile. 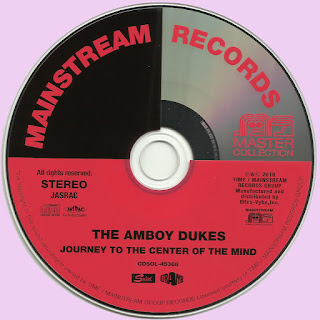