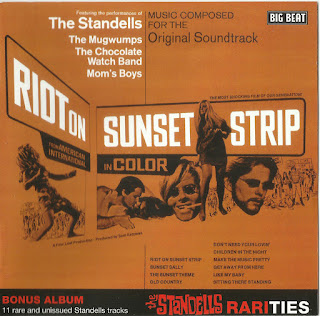 The riots on Los Angeles' Sunset Strip took place in the summer and fall of 1966. As riots go, they were a far cry from those that afflicted the city during either Watts or those inspired by the Rodney King beating in 1991. Hundreds of teenagers began peacefully hanging out on the Strip on weekends, creating a traffic problem (though little else) while waiting for the latest phenomenon of the '60s - the 'Happening'.

The LA police over-reacted, imposing a curfew on under-21 year olds and heavy-handedly breaking up the crowds that continued to gather. These rather one-sided violent affairs were magnified by the popular press of the time into The Riots On Sunset Strip. The Stephen Stills/ Neil Young band Buffalo Springfield documented the affair in the song For What It's Worth, which charted nationally putting the civil rights issues involved once more on view from Coast to Coast. Sam Katzman (the man behind the movie Rock Around The Clock) rushed out a cash-in film Riot On Sunset Strip.

All the hallmarks of the teenage movie were there - hokey plot, wooden acting and cheap sets - but the film has survived as a firm cult favourite, mainly for the night-club scenes featuring (amongst others) The Standells and The Chocolate Watchband. The original soundtrack album reissued here includes The Chocolate Watchband's Don't Need Your Lovin' and Sitting There Standing, two of their wildest performances and reportedly close to the raw feel the band generated in-person. The Standells' appearance in the movie further fuelled their punk notoriety. As an added bonus for their fans, Rarities contains 11 rare and unissued tracks including the early (1965) recording It's All In Your Mind, recorded at Gold Star Studios in Hollywood. The CD booklet also contains many rare photographs.
Ace Rcds 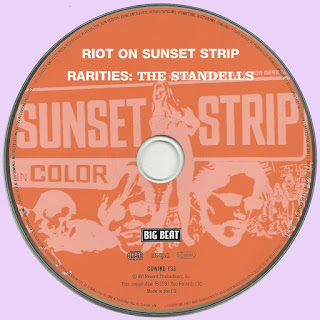 Free Text
the Free Text
Posted by Marios at 8:14 AM 7 comments: