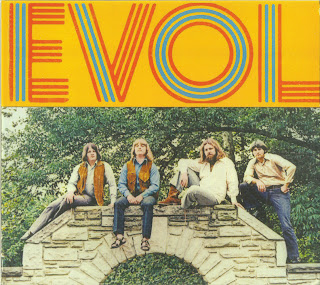 Evol was born in 1968, at the Seabreeze Lounge, in Huntington, West Virginia. The original members were Randall Hackney, Mike Blair, Roger Caines, and Roger Dillon. Over the next two years, the band began developing its identity; their sound became unique in the Tri-State area.

By 1970, the Seabreeze had far outgrown its space, and "Papa Ross" Scarvelli moved his business a few blocks away to a huge building, which he called the Club Romair. The crowd followed and grew. EVOL was the only band in the entire area to play the difficult stuff: Black Sabbath, Uriah Heep, Grand Funk Railroad, and about anything else that required genuine talent to play.

During the early years at the Seabreeze, guitarist and song writer Jeff Hanichen sat in with the band on a very regular basis. In fact, he became known as the unofficial fifth member. In the fall of 1970, the band signed a contract with a music company in Nashville, Tennessee. At the same time, Jeff officially joined EVOL as guitarist and song writer. The band now added original music to its list of music no one else played.

The company the band signed with was operated on a shoestring budget by an engineer for Columbia Records, but he was able to secure studio time at Nugget Studios in Goodletsviite (outside Nashville). The album took about ten days, twelve hours a day to finish, at which time four of the guys returned to Huntington to prepare to go on the road. Jeff was writing for two other groups, and had to stay behind for a few more weeks. Upon their return home, Roger Caines left the group and Dave Tatum joined as the drummer.

These are the four members that went to the Rose Garden, in Huntington's Ritter Park, to shoot the album cover. Consequently Jeff is not on the cover. Jeff left the band in 1971, and the remaining four continued to tour and play locally until 1977. Randall eventually retired from a cable company, Mike retired from construction work, Dave, the youngest, still works for Nabisco, and Jeff is a retired history professor.

He is now a Baptist minister. Roger Caines and Roger Dillon are both deceased, and no other information is available on either. As is with the case of most musicians from this period of time, the surviving members remain close and in contact with each other. Over the years, Jeff Hanichen has written over five-hundred songs; at least eleven of them will finally be heard by someone other than friends and family!!
by Jeff Hanichen, West Virginia, December, 2011 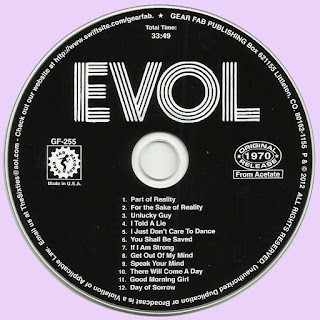