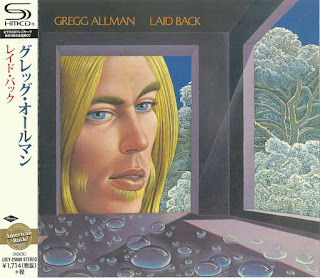 Laid Back is Gregg Allman’s debut studio solo album, released in October 1973 by Capricorn Records. He developed the album as a small creative outlet wherein he would assume full control, and he co-produced the album alongside Johnny Sandlin. Laid Back was largely recorded in March 1973 at Capricorn Sound Studios in Macon, Georgia, with additional recording taking place at the Record Plant in New York City.

The album explores Allman’s varying influences, including rhythm and blues and soul music. It consists of several cover songs, originals, and a traditional hymn, and contains performances from a host of musicians, most notably Scott Boyer and Tommy Talton on guitars, Bill Stewart on drums, and Charlie Hayward on bass guitar. The album was created while Allman also worked on Brothers and Sisters, the fourth Allman Brothers album. The album title was a studio term Allman coined for relaxing a song’s tempo, while its cover was painted by Abdul Mati Klarwein.

Upon its release, Laid Back received positive reviews from music critics, and it peaked at number 13 on Billboard’s Top LPs & Tapechart. To support the album, Allman embarked on an ambitious tour, consisting of a full band and an entire string orchestra. Two singles were released to promote the record, with lead single “Midnight Rider” becoming a top 20 hit in the U.S. and Canada. It was certified gold by the Recording Industry Association of America (RIAA) in 1974 for shipping 500,000 copies in the U.S., making it one of Allman’s best-selling albums.
Gregg Allman-Oficial

The early '70s were a tumultuous time for Gregg Allman. After years of hard touring, The Allman Brothers Band broke through in 1971 with Live at the Fillmore East, one of the best live albums of all time. Then his brother, slide-guitar genius Duane Allman, died in a motorcycle accident late in the year. Gregg spent some of 1972 piecing together material the group had recorded with Duane for the landmark Eat a Peach, and began recording the lively Brothers and Sisters, which yielded the hit "Rambling Man." Somewhere in the middle of that process, the keyboard player and singer sneaked away to make a different kind of record: his aptly titled solo debut, Laid Back. It came out to positive notices in 1973 before fading into the background, eclipsed by the band's runaway success.

By this time, Allman was a formidable, confident vocalist — but mostly singing in front of the roaring Allman Brothers rhythm section. Though the disc offers terrific guitar asides, Laid Back's songs are centered on Allman's B3 organ and Chuck Leavell's acoustic and electric pianos, while the rhythm section's relaxed approach defines the session. Singing at a measured pace, one word at a time, Allman makes the most of these entrancingly downcast tunes. His version of Jackson Browne's "These Days" is a study in dejection, a symphony of self-pitying shrugs and cracked-apart whines that only a southerner could make beautiful. Meanwhile, Allman's original "Midnight Rider" , plenty rousing when played by the band, becomes a slightly spookier sketch of an even more shadowy figure.

Several of the songs come right from the revival tent: There's a mournful version of the standard "Will the Circle Be Unbroken," and the Allman original "Please Call Home" finds him singing with a slightly ragged but utterly righteous choir. It's amazing stuff, deep and intense yet nowhere near the decibel levels of his work with the band. Allman is amazing when he's belting his heart out about being tied to the whipping post. But he's equally compelling — maybe even more so — in a quieter space, when he's less fired up. At times on Laid Back, he sounds like a man reflecting on the dizzying twists and turns of what he's recently experienced. He may still be shell-shocked, and not too proud to ask for help (from a higher power, from a friend) as he tries to make sense of all that's happened to him.
by Tom Moon, October 25, 2006 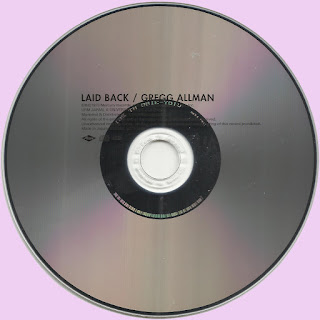 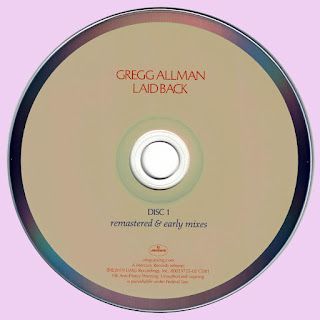 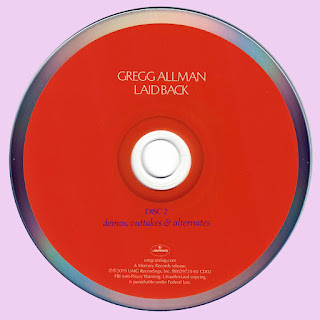