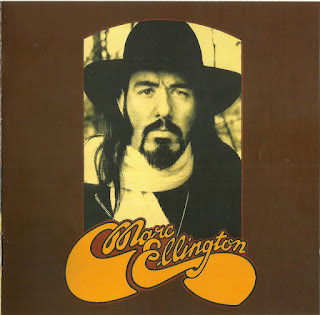 In some ways, Marc Ellington's Rains/Reins of Change two-fer sounds like a late-'60s Fairport Convention album that doesn't happen to have members of Fairport Convention on vocals. In others, it sounds like a blend of Fairport Convention with late-'60s/early-'70s Californian country-rock; this is not as odd a stretch as it might appear, since there was some mutual admiration between players in those bands. The connections aren't at all coincidental, as several members of Fairport actually contribute to the record, with Richard Thompson playing electric guitar, Dave Mattacks handling some of the drums, Dave Pegg handling some of the bass, and Ian Matthews and Sandy Denny singing some backup vocals.

Other guys from limbs of the Fairport family tree are here too (bassist Pat Donaldson, drummer Gerry Conway, and Trevor Lucas, all of whom played with Denny in Fotheringay), and the Californian country-rock flavor is made that much more authentic with contributions from Chris Hillman, Sneaky Pete, and Rick Roberts of the Flying Burrito Brothers. All of this makes the record necessary and desirable to major Fairport Convention fans, and to country-rock completists. What, though, of the music of Ellington himself -- who, after all, sings lead and writes or co-writes all of the original songs? He's an alright rootsy folk-rock songwriter, but to be a little unfair, you can't help wondering how much better some of these tracks would sound with Denny or Matthews on vocals.

For Ellington's just an adequate singer, and though he's a somewhat better songwriter, perhaps his talents would have been better served had the Denny-Matthews lineup of Fairport managed to cover some of his better songs (had that short-lived lineup managed to continue in the first place). There's an agreeable reflective, at times Band-like tone to his compositions. But Denny in particular could have worked much better wonders with the darker and more melancholic tunes, like the title track and "Days Used to Be Warmer," the latter of which in particular has the kind of haunting minor-keyed chill associated with some of the best late-'60s/early-'70s British folk-rock. One of the two traditional songs here, "Yarrow" is another standout, with a melody and attitude reminiscent of (but not identical to) classics like "Scarborough Fair" and "John Riley."
by Richie Unterberger 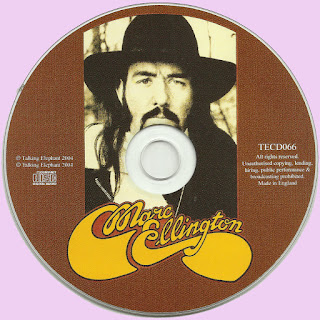 Free Text
the Free Text
Posted by Marios at 7:43 AM 4 comments: