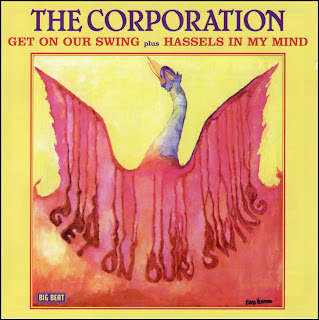 In late 1967, Kenny Berdoll and Gerry Smith of the Brehmen Caste got a gig at the Galaxy in Cudahy, a South Side Milwaukee suburb. They named the band Eastern Mean Time and Pat McCarthy joined. EMT went through several musicians until the Kondos brothers came aboard in early 1968. It was apparently a joint meeting of the minds, as Nick Kondos' version is that he and John were looking for musicians with which to form their new band.

It was John who suggested the new name, and Danny Peil was the last to join. "He was working in Las Vegas," said Nick, "but we convinced him to come back to Milwaukee. We showed him what we had and he said, This is what I've been looking for. I've had enough of the night clubs.' He had the voice, the range and the strength.

Then we felt we had the right combination." Initially the majority of their repertoire covered Vanilla Fudge, Cream, Hendrix and other psych flavoured material, but they had an agreement with the club owner to rehearse there in the afternoons and work on their originals, gradually introducing more of them into the gig. In a 1975 interview for the Milwaukee Bugle American, Berdoll said, "We built lighting systems and made the Galaxy into a psychedelic club. We'd sit down in my basement and invent new ways to do lighting and stuff, and that all carried over into the Corporation.

The billing that we had was like The Biggest Light Show in Town with the Largest Projections' - a lot of visuals. We started doing college dates and a few other bars, also trips to Chicago, where we played the Aragon Ballroom, and a few as far as Minneapolis." In 1969, with the help of the senior Kondos, the band bought half interest in the Bastille, a club near Lincoln & Howell.

"The Bastille was a psychedelic thing because we put all our ideas into that place," said Berdoll. "It was an old movie theatre with all the seats removed." By this time the Corporation was doing all original material, most of it written by John Kondos, and some written by Nick. "We had already written 90 per cent of those songs when we had the Eastmen Blues Band," said Nick. "We probably could have recorded eight or nine albums." With the Bastille as a home base, the band also gigged occasionally at O'Brad's on the East Side, and they opened for Cream and other names at the Scenem downtown.

While in Detroit for the initial recordings, they appeared at a college festival in Ann Arbor along with Procol Harum, SRC and the MC5. "We went over really big there," said Kondos. "Next thing, we were doing love-ins and things at Washington Park and Grant Park with the Messengers and some others. It was all hippies and we were the ones that drew the people in." For Berdoll, the high point in the Corporation's existence was right after the album came out. "We played a really big 'be-in' at a park on the South Side. About 10,000 people showed up; it was really electric; the adrenalin was flowing.

Towards the end we had to do several encores and the thing was almost erupting into a riot. Everything was political back then, like the draft card burnings and such." Perhaps more extensive touring might have propelled that first album to greater heights, but except for Chicago and St Paul, the band remained local. There were no television appearances, and nothing else to build a greater audience. Kondos said that a European tour was in the planning stages, but it fell apart when disagreements with Capitol Records surfaced.

The Corporation travelled to Los Angeles to meet with the label, the Kondos brothers and their uncle handled the negotiations. "They treat you like kings," said Nick. "They set you up with the hottest girls; we went to a jam featuring Jimi Hendrix, and then they get the drugs out. But we found out that the album was selling and we didn't get a penny. We had an argument with Capitol and that's how the contract ended. Maybe we were a little impatient.

You give it everything you've got and, if you want to be a star, you have to let them use you and abuse you for a while, and THEN worry about the money." By July 1969, only about 18 months after the band had jelled, and only five months after dropping off Billboard's LP chart, the Corporation was no more. Besides the break with Capitol, drugs were a contributing factor, and perhaps egos got in the way. "No single person was an angel," said Kondos. "It was everybody's fault; everybody screwed up." Gerry Smith was the first to leave the band, relocating to Florida.

The remaining members played a couple of gigs and then decided to split up. Alexander Kondos, along with his brother, attorney Michael, and his two sons travelled to Los Angeles to meet with record companies. "We wanted someone to hear us live," said Nick. "We were prepared." With no demo tape, they aroused enough interest for Capitol to send producer John Rhys (pronounced Reese) to hear them. "I was one of their only guys outside of Hollywood," said Rhys, who spent about a week in Milwaukee and saw the band at several places. "I liked them, I liked their concept. I liked the Kondos brothers; John was a great talent." Nick added that Rhys was "excited as hell" after hearing just two songs on the first night and, by the last set, he was practically ready to record.

The Capitol LP was cut at Ralph Terrana's Terra Shirma Studio in Detroit, where Rhys lived at the time. "There were no problems at all," he said. Berdoll explained the evolution of 'India', the John Coltrane piece that fills an entire side of the LP: "It started off as a break song. We'd do it for three minutes one time, then five, then ten, and soon it was a 20-minute song." "Mitch Ryder & the Detroit Wheels were setting up in another studio," recalled Kondos. "We blew their minds. Ryder came down and said, 'You guys are ahead of your time – more ahead than the people are ready for.'

" The subsequent material was recorded at Dave Kennedy Studios in Milwaukee. "They were just flying too high," said Rhys. "One song had a 16-bar flute intro and John couldn't get past eight bars. Then one day he came out of the men's room and said, "We can't go on with this - you're a Cancer and I'm a Sagittarius. This just ain't gonna work." But according to Nick, it all worked out in the end. "The second album is a lot better than the first," he said.

To listen to this CD, get ready for a trip - in the 60s- 70s sense of the word. Overall, the Corporation employed liberal use of instrumental colours, a dynamic range of vocals - from gentle to scream, solo to group - experimental and thoughtful arrangements (with many twists and turns combining elements of pop, garage rock, blues, hard rock and psychedelic), dissonance and high energy (with lots of busy drums). Expect sudden changes in direction. And a brief whistle call thrown into a few cuts is fun.
by Gary Myers 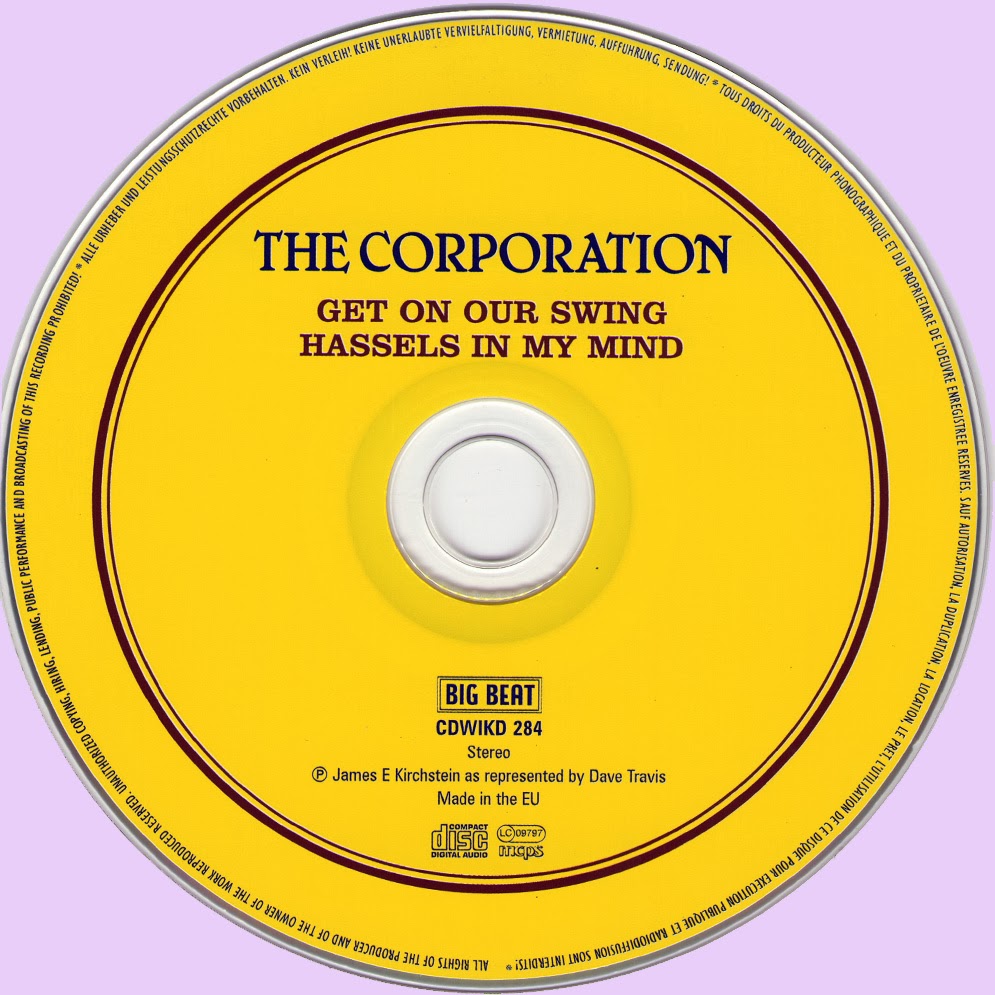 Free Text
Text Host
Posted by Marios at 5:16 AM 16 comments: