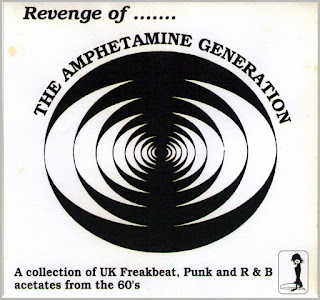 From the same archive that brought you the amazing Purple Heart Surgery series, this latest installment features upgraded packaging and equally righteous, never before released UK Beat/R&B acetates circa 1965-67. The set opens with "I Need You" and "View From The Circle", a couple of fuzz-scorched Mod R&B shakers, featuring soulful vocals and the kind of hard-drivin' drumbeats that instantly fill a dance floor: dynamite stuff by an unnamed band on a Phil Solomons-produced acetate.

Equally boggling to the mind is Thor's "Lindsay Davis", a moody freakbeat piece featuring eerie harmonies and great organ sounds suspended over a relentless charging jungle drum beat: breathtaking! The Birmingham-based Psychotic Reaction came up with some decidedly psychotic action on their two-sided acetate; both "Oh Misery" and "Be My Girl" are tough, rough-round-the-edges garage punkers - almost American-sounding, in fact. Of the "known" identities, listeners will no doubt be familiar with David John & The Mood, but not this previously unreleased version of "Diggin' For Gold", a Lee Dorseyesque, atmospheric R&B performance which pre-dates the vastly different version they cut with Joe Meek.

You'll also hear The Muleskinners, featuring future Small Face Ian MacLagen. "Need Your Lovin'" is an excellent R&B cut that was later re-recorded for release on Fontana. The Quakers' "She's Alright", a strong R&Beat shouter, actually saw a vinyl release circa `65, albeit on the tiny Studio 36 label (this track also crops up on English Freakbeat Vol 3), as did The Poison Ivy's crude, stompin' version of "Sure Know A Lot About Love", on Cambridge-based Granta. What else? Well, Teddy Wadmore's "Buzz With The Fuzz" easily outbuzzes Chris Farlowe's (later) version; there's more Punk R&B from the Blues Conqueroos and The Plebs, a great demo version of The Flies' "House Of Love", and... well, why go on? I honestly can't think of a single reason why anyone reading this shouldn't buy Revenge Of The Amphetamine Generation immediately.
by Mike Stax

Artists - Credits
Unknown #1
Regretably nothing is known about the group behind this double-sided slab of freakbeat from '66 except that they weren produced by Phil Solomons.

Unknown #2
Again the identity of the group behind this next gem - "Tiger Girl", a Mod Punk stomper - has been lost with time. Its flip contains an interesting cover of a Country Joe and The Fish number which dates this recording to '67.

Thor
Rather than the late sixties pop evident on their other acetate (compiled on "Syde Tryps Three"), this mysterious Berkshire group this time deliver a real psych-trip complete with pounding drums and generous helpings of organ.

Unknown #3
Written by Grainger/Jones, this recording possibly represents an earlier demo by THE FLIES - who went on to record this number as the A-side of their second single in early '67 (Decca, F.12594) - albeit in a much more polished form.

Psychotic Reaction
These deranged 1966 recordings from the Hollick & Taylor studios in Handsworth, Birmingham more than justifies this obscure groups moniker who surely were the amphetamine generation...

The Saxons
Not the five man group who recorded a Joe Meek produced single for Decca in '65 - but an entirely different group from Exeter, whose only recording is this privately recorded E.P. from '64. Described as "a song of heartbreak and despair a lament of love's labours lost" the poetic sleeve notes give little warning of the distorted punk track to come!
Personnel:
Chris Cooper - lead guitar, Chet Devlin - vocals,
Brian Ellery - rhythm guitar, John Townsend - drums

David John And The Mood
This highly reknown R and B group from Preston managed to record 3 now much sought after singles between '64-'65, that last two of which were produced by Joe Meek. David John was none other than W.C. Charnley - who wrote the A-side of their first and B-sides of their subsequent singles. The sound evident on this more melodic demo was never quite captured on the released single which was otherwise swamped in a typical RGM production.

The Poison Ivy
The Granta label from Cambridge has previously been linked with members of the early Pink Foyd who in 1964 were students in the city - though this is likely to be the only connection between the two groups. The four tracks contained on the E.P. feature spirited cover versions marred only by the primitive nature of the recording facilities.

Blues Conqueroos
Apart from it being recorded at a small studio in Soho, London, there are few other details available concerning this group - though one member may have been Dave Manvell.

The Plebs
Judging from the crude sound evident on this L.P. from '65, it would seem unlikely this is the same group whi delivered a rather accomplished performance as their Decca debut from October '64 - Bad Blood c/w Babe I'm Gonna Leave You (F. 12006). Their interpretation of "I'm A Man" is a rather deranged version of this old standard and is the strongest track on the L.P.
Personnel includes:
Dandy Horn - drums, Edward Lond - ?, Neal Steeper - bass guitar, (plus two others)

Teddy Wadmore
Suitably, this demonstration acetate from June '64 was initially sent to the headquarters of the satirical "Private Eye" magazine - predating the version by Chris Farlowe And The Thunderbirds (Columbia, DB 7614) from July '65 which was itself hastily withdrawn as a consequence of pressure from the establishment for fear of ridiculing the police force. Teddy Wadmore never officially recorded (and is presumably still doing time).

The Muleskinners
We close the L.P. with a track from the legendary private E.P. by cult Hounslow R and B group The Muleskinners - most memorable for including in their line-up Ian McLagen prior to him joining The Small Faces. The group penned "Need Your Lovin'" - was recorded in a much more restrained form as the B-side of their sole reel-to-reel tape demo of "Muleskinner Blues" and later went on to record "I Am The Giver Of All Things" as a flexidisc for "OZ" magazine in '66 though all copied were destroyed the group splitting soon after.
Personnel:
Terry Brennan - vocals, Peter Brown - bass guitar, Mick Carpenter - drums, Ian McLagen - rhythm guitar and organ, Dave Pether - lead guitar, Nick Twedell - harmonica 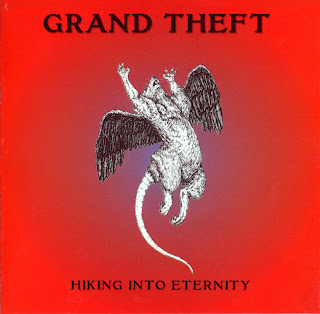 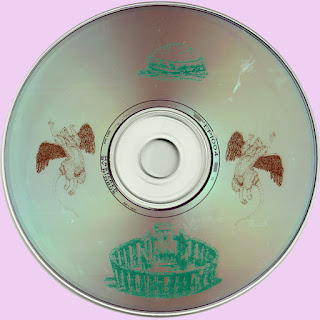 Free Text
Just Paste
Posted by Marios at 8:11 AM 5 comments: