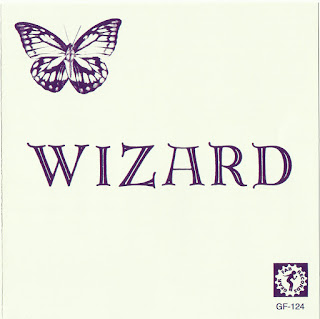 The University Of South Florida at Tampa, 1970: Paul Forney was playing gigs as a bass player when a good friend of his Charlie Souza (later of Cactus fame) gave him Ben Schultz's number. Ben invited Paul to play a gig with them, straight jam. no rehearsal. Ben apparently took an immediate liking to Paul. Chris Luhn was Brother's roadie. Ben Schultz met Chris during his sophomore year at the University of South Florida in Tampa.

When they were not performing on stage, they were rehearsing, writing and jamming with everyone in sight. The road trips consisted of a 1967 Pontiac Bonneville pulling a U-Haul trailer full of instruments, amps, and a half-assed p.a. system that Ben and their then-manager had soldered together in Ben's family room. The highlight of that first summer "tour" was the Goose Lake Festival, outside Detroit.

Wizard crashed with the members of Third Power, and spent the better part of two weeks sleeping all day. and jamming all night with the Power, and whoever happened to drop in. including some of the people from Catfish, Frijid Pink, Bob Seeger. And God-knows-who else. By the time they bull shitted their way on to the program at Goose Lake, they had been together for only about ten weeks, but had logged about 1,000 hours of rehearsing and jamming. Chris was the oldest member of the group at 19 but the guys nevertheless managed to achieve a great sense of pride and accomplishment in their work.

Eventually,  Wizard caught the attention of Decca Record's Bob Fletcher, who brought the group to Atlanta for a recording session. The session lasted only a few days. Virtually every song on the album The Original Wizard was a "live" take (i.e., no dubbing and no multiple tracks). The following winter, they played one of their more memorable gigs at an indoor festival at the Hollywood (Florida) Fair-grounds. Van Morrison was the big draw for the night, and they were supposed to have gone on in the morning. Because of some snafu, the band wound up sitting around the fairgrounds until about 5:00 p.m. when they were practically shoved onto the stage.

Although Wizard continued to perform on the same stage with groups like Chicago. Mountain, Rod Stewart and Iron Butterfly, they never made it back into the studio. Within 16 months of forming, the group born so spontaneously just called it quits. After the break up of Wizard. Paul went on to play with the trio "Bacchus" for several years and played a lot of clubs in Southern Florida. He did stints with Timmy Thomas.

He now resides in Southern California. Chris wandered wandered in and out of college before settling in in Baltimore where, in 1982, he went back to school, getting a law degree in 1985 and set up a law practice in upstate New York. None of the band deludes themselves that this release will do anything other than gratify some collectors and trivia buffs. Still, here it is, for whatever it is worth. After twenty-seven odd years, Ben, Paul and Chris have reestablished their friend-ship, and are humbled to know that there are some "out there" who still care about raw, loud, no-holds-barred rock. They hope that this offering satisfies a small measure of that craving.
from 1999 CD Liner-notes 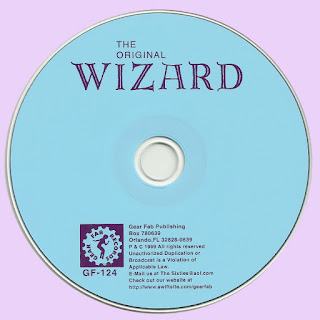