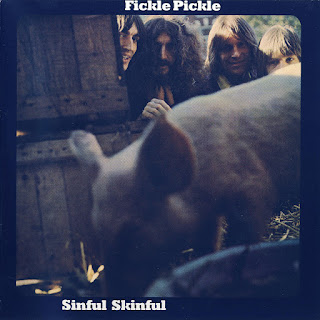 Their solitary album, which only saw release on the Dutch micro-label Explosion, shows the quartet in possession of a w-i-d-e ranging knowledge of musical forms. They can scoot from Badfinger-like pop-rockers (Our Time is Thru and Let Me Tell You) to the Beach Boys harmonies and Scots trad intros/outros of Only For The Summer.

It’s a  long lost and if you go by the very best ingredients on the disc, it is indeed a pop classic. It is not though, in any shape or form `psych`. There are some nice dayglo pop touches for sure but that`s as far as it goes. Pedentry apart, to assemble not just the orignal album, but no less than 14 associated bonus tracks for an act so well buried is no mean feat. This is a fine collection (with no small thanks to Mark Frumento here for ferreting out some of the bonus singles).

The Fickle Pickle LP itself (tracks 1-12 and only ever originally released in the Netherlands) leaves no room for fence sitting. Its best tracks are blissful, sublime almost majestically effortless pop classics; `Sandy`, `Saturday`, `Sunshine Pie`, `Barcelona` all employ strong harmonies and melodies and leave you speechless at their craft. Of the bonuses `Millionaire`, `Sam And Sadie`, `The Letter` (no, not that one), `Here And Now` and `Ask The People` all stand out for their first class writing, production and execution...

Taken as a whole, its 26 tracks present a collection of significant substance and help fill a substantial gap in British pop history, which even in this know-all age are still being revealed. Full marks to everyone involved with this project, which is as much an exercise in public history as pop musical archiving.
from Shindig-Magazine 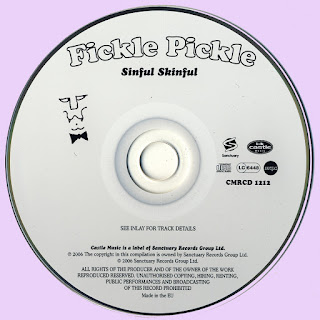