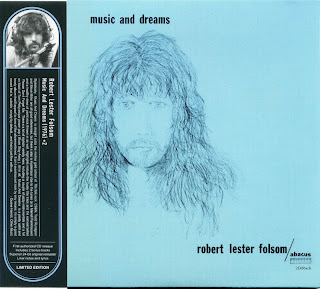 I was born at Moody Air Force Base in Lowndes County, Georgia January 3rd, 1955. I grew up in Adel, a small rural town in south central Georgia about 40 miles north of the GA/FL border. My parents were raised by poor sharecroppers and music played a large role in their hard day to day lives. Singing in church and listening to the Grand Ole Opry radio was a great source of musical entertainment.

My mom's high soprano and my father's deep bass put me somewhere in the middle. They used to listen to the local AM radio station which featured gospel, country, pop, soul and Paul Harvey at noon. They also joined the Columbia Record Club and not only did I get to listen to Fat's Domino and Johnny Cash, they let me have a selection and that first choice was Rubber Soul by The Beatles. What a huge impact! Until then I thought The Beatles were just "yeah yeah yeah!" This was my favorite pop/rock band obviously inspired by Bob Dylan. So then there was Dylan. Now not only could I mimic The Beatles, but I could also write songs that expressed my every emotion. I started a band before I could even play the guitar. I traded my record player for my first guitar and the strings were so high off the neck that they could cut your fingers.

My mother bought me a Mel Bay Chord Book and I went to town. I wrote song after song and formed band after band with my friends. Then a friend and I bought a Sears 4 track reel to reel and I started recording everything and everybody. Every reel of tape was an album. Eventually we would transfer a reel to 8 tracks and sell them to friends. We would pass around our lyric books to girls and we were rock stars in our own little world. We would play for 4-H Club events, church functions, and parties. This went on through high school.

I went on to South Georgia College where I met other musicians. I went there as a music major, but I was seriously looking into music in a much more major sort of way. I met Sparky Smith among many others and not only was he my bass player, but he became a forever trustworthy friend. Then there was Hans Van Brackle who I had already hooked up with in high school and Van Whiddon, Jimmy Whiddon and Sparky's buddy Don Anderson. There were others, like Don Fleming our amazing manager, but this was the nucleus of what would become my band Abacus.

We played proms, VFW dances and parties mixing covers with our original music. It worked for the most part but we felt there had to be more, at least I did. We had a good grouping of original songs and we went to Atlanta to find a studio to record a demo. I grew up listening to the LeFevre Gospel Family and knew they had a fine studio in Atlanta so we went there first. There we were introduced to their head engineer Stan Dacus. He seemed like a nice cool guy so we booked a session there.

We often rehearsed at Sparky's parents' house in Broxton, GA and his mom liked us quite a bit so she said she would pay for us to record our first serious demo. The session went great, Dacus was impressed and I had the fever to do something serious. I had a wonderful band, but it was hard for us all to get on the same page about recording. This frustrated me a little and I couldn't wait to sort it all out and do something. I told Stan Dacus that I wanted to do a solo album and he said he would like to help. I let him listen to some of the old tapes of my music and he said let's get started ASAP. I took out a loan at my local bank and booked some time at LeFevre in Atlanta. I told my band what I was doing and asked them if they would like to participate.

They were all on board to get the opportunity to record so we began rehearsing. We got real tight with the music I had selected and soon in the summer of 1976 we started recording. We would lay down the basic tracks with a guide vocal, then we would add overdubs with instruments and serious vocals. Stan was helpful in getting the time we needed. We would book 4 hours and get 6. We spent serious time mixing.

I introduced some new effects, especially a flanger which enabled us to get a sound that stood out over other music of that time. I may have thought at some point we went overboard but in retrospect I think we were dead on as far as capturing the sounds I was hearing in my heart and mind. We had vinyl and 8 tracks made, Danny Dickens (a college art major friend) did the cover art, and Music and Dreams became a reality.

There was Georgia success and maybe some north Florida, but not nearly enough airplay and not enough money to do gigs to do the album justice. Music and Dreams became a small town success with a big debt to pay. I later recorded two songs ("Blues Stay Away" and "Warm Horizons") for a 45 rpm single as a possible leader to a follow-up LP but that was not to be realized.
by Robert Lester Folsom 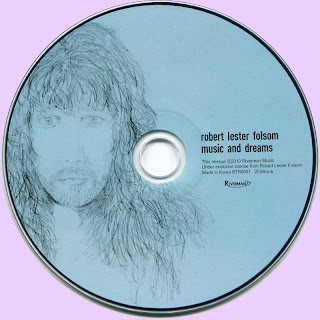 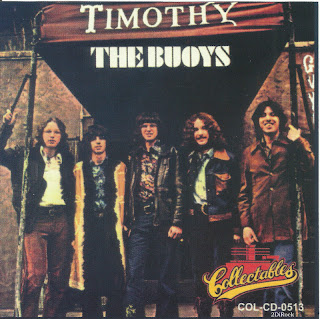 "Timothy” really was about a mule, but a lot of people thought he was another trapped miner." Rupert Holmes, the man who wrote "Timothy", was still trying to explain his 1971 hit for The Buoys in a 1988 interview to promote his new Broadway musical, "The Mystery of Edwin Drood." Laughing, Holmes swore the anguished song about the two survivors in a trio of trapped miners was not an ode to cannibalism.

It was easy to laugh then, but it wasn't so funny when Scepter Records issued the single by the Wilkes-Barre, Pennsylvania quintet. Even though the song would eventually go into Billboard's Top 20, many radio programmers were reluctant to play the song, especially when listeners called demanding to know why some band was singing about eating this poor miner. It also didn't help when there were media reports about college students holding 'Timothy For Lunch Bunch" gatherings.

Whatever the song was about, the notoriety did help get a hit for the group made up of Fran Brozena - keyboards, Gerry Hludzik - bass, Chris Hanlon - guitar, Carl Siracuse - drums, and Billy Kelly - lead vocals. They were discovered by a Scepter engineer, who then approached Holmes about writing a song to help the quintet get some attention. He agreed, and the song ultimately became Holmes' first real hit as a writer. Holmes also wrote a number of songs and played keyboards on The Buoys' debut Scepter album.

It featured 'Timothy" and two other minor chart successes that also told odd stories. "Bloodknot" was said to be about a reform-school ritual while "Give Up Your Guns" was about an old West shootout. Although Holmes would go on to chart success as a singer, going Top 10 with "Escape (The Pina Colada Song)" and "Him", The Buoys soon sank out of sight. Scepter issued a few other singles, all featured here.

The group then signed to Polydor, cutting two singles, "Don't Try To Run" and "Liza's Last Ride", also included on this album. In 1980, a couple of Buoys - Billy Kelly and Gerry Hludzik, who was also known as Joe Jerry - were back in music as a group called Dakota. Their self-titled album on Columbia failed to generate any attention.
by  Mark Marymont 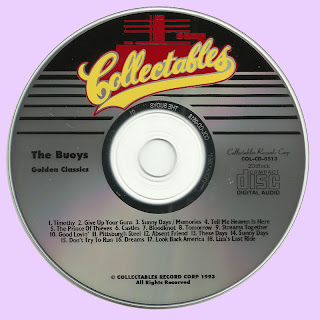