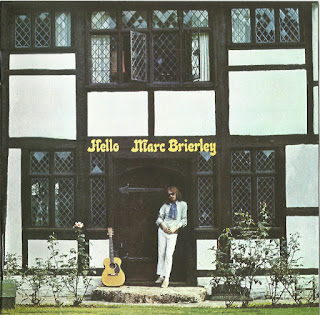 A minor player on the late-'60s British folk-rock scene, guitarist and singer/songwriter Marc Brierley made a couple of albums in the late '60s that were somewhat in line with the folk-pop-rock Donovan was making around the same time, though they were milder and far less distinctive. Brierley made his recording debut in 1966 with a five-song acoustic EP for Transatlantic Records that was similar in nature to the early acoustic recordings of Donovan and Bert Jansch.
by Richie Unterberger

Hello might be described as a bit more ambitious than the first LP, and certainly more commercial. The arrangements are a lot bigger, with the string section from the London Symphony Orchestra hired to play on a couple of tracks and a lot of well-placed Hammond organ. There's a lot more stylistic variety from one song to the next, the tongue-in-cheek, honky-tonk shuffle of "O Honey" (featuring Dudley Moore, Arthur himself, on the piano!) transitioning into "A Presence (I Am Seeking)" with sparse acoustic guitar, flute, and Eastern hand percussion. The poppier songs on Hello remind me a little bit of some of the stuff on Cat Stevens' first two records, although nothing Brierley wrote is nearly as infectious as "Here Comes My Baby." If anything comes close, its his hugely uplifting final single "Be My Brother," which sounds to me like it should've been a massive hit. The other single, "Stay A Little Longer Merry Ann," is pretty damn good, too, and is notable for its now infamous producer and arranger: a teenage Andrew Lloyd Webber, believe it or not.

Brierley, today a freelance photographer and journalist, wrote the reissue's great liner notes, in which he reminisces about the minutia of his career. He talks about having a terrible cold the week he was in the studio for Welcome To The Citadel and about the tremendous difficulty he had with recording his vocals and guitar parts separately. He also has a word or two to say about his influences and about the ideas behind some of his songs. His thoughtful and charming remarks are merely the icing on the cake of this near-perfect package, a long overdue introduction to a unique and remarkable artist whose music is more than worthy of a prime spot in the folk-rock canon.
by Rob Hatch-Miller 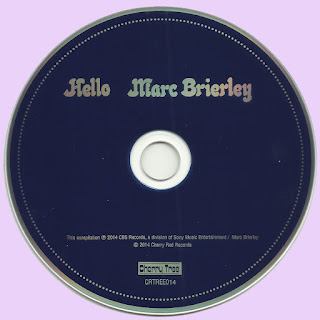 Free Text
the Free Text
Posted by Marios at 4:52 AM 6 comments: